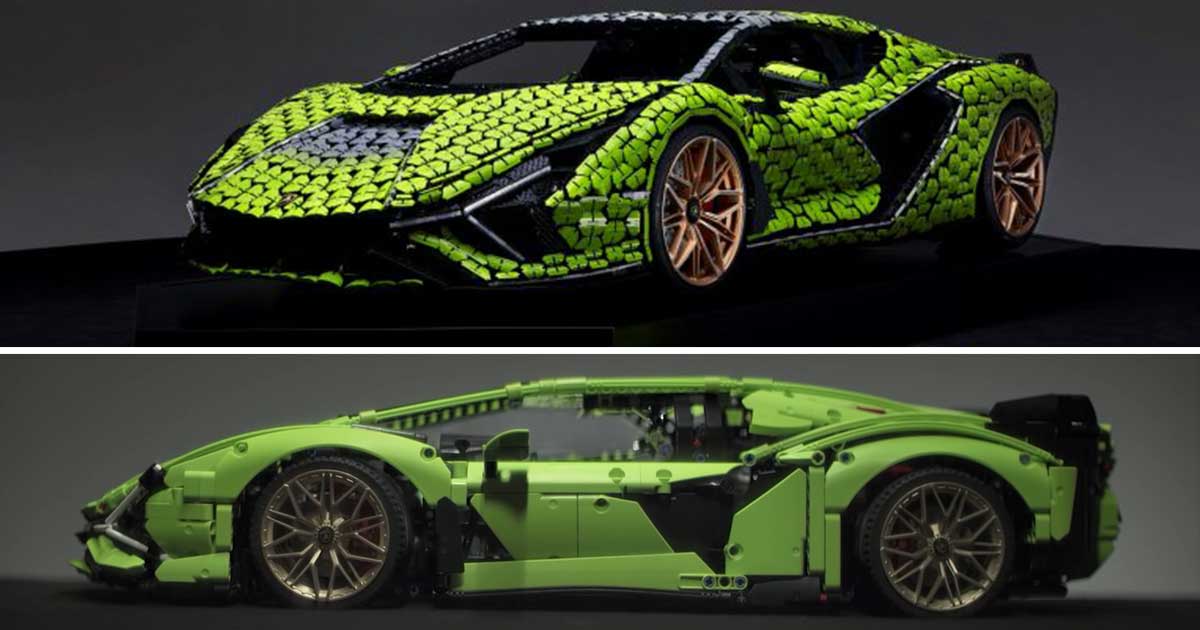 If there’s one thing that some folks might not know, it’s that some people get incredibly invested in LEGO sets. The community offers so many different collaborations that there seems to be something for everybody. We would be inclined to think that most likely perceive LEGO as small kits that one would buy off the shelf at Walmart. Instead, these things are becoming highly sought after and are much more complicated than they used to be.

Pairing with everything from Star Wars to The Fast and the Furious, LEGO continues to make a statement. Kits can run hundreds of dollars or more, only to be found on the secondhand market marked up even further after they’re sold out.

This time, we’re introduced to a machine that really goes above and beyond in terms of detail. In order to show off their chops, the folks at LEGO actually decided to create a life-size version of one of those smaller kits.

When it was originally released, we reported on the details of the LEGO Technic Lamborghini Sián. This time, though, that small design gets a lot bigger.

While the LEGO Technic Sián took about a year to design, the LEGO team wasn’t done. Instead, they decided to show off their Technic system to build a lifesize Sián. The build took 8660 hours from 15 dedicated builders and 400,000 pieces to create the 1:1 lifesize supercar. The machine includes everything from lifelike body lines to a realistic interior. It seems as if the team really went above and beyond to create as true of a replica as possible.

Down below, we check in with all of the efforts that it took from LEGO and the Lamborghini design team to bring this thing together. While this will likely never be a kit available to build, those who want a little bit of Lamborghini in their lives can opt for the 1:8 scale LEGO Technic model that you should have a lot less trouble building from home.