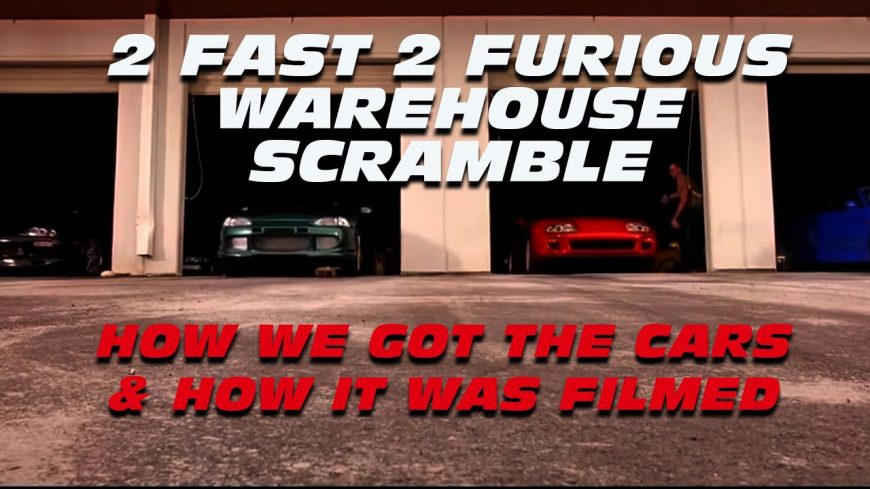 In some of the Fast and Furious movies, some of the scenes that they try to carry out are a little bit ambitious. As the budget has increased, pulling these off has become much easier. The franchise didn’t always have seemingly unlimited funds to put their films together, though.

Pairing together certain concepts with car selections can definitely prove to be a challenging role. Getting everything just right can end in a scene that is unforgettable. However, butchering these selections and pairings can definitely be a way to make sure that a scene gets cut from a movie or ends up being one that’s just distracting.

In 2 Fast 2 Furious, I think that most who have seen it will remember the warehouse scramble scene. At this point in the movie, a collection of cars were unleashed from the inside of a warehouse in order to confuse the police. The idea was that the heroes of the movie would end up in the scramble somewhere but the police didn’t really know where.

In order to do this, a couple of hundred cars had to be sourced and lined up in order to make things work. Hiring enough drivers and sourcing the cars for the scene would be a massive uphill battle. Therefore, without having that many drivers, one of the crazier decisions in the movie were to let the owners of the cars drive them themselves. These cars weren’t purchased by the movie house but instead, most of them were a part of a casting call where people had the opportunity to be in the movie with their personal rides.

By following along with the video below from Craig Lieberman, we get to watch pure chaos come together in one cohesive and somewhat organized scene. They had to really hit their marks perfectly here or things could’ve gone very wrong. Luckily, lots of creativity and organization were invested into making sure that this wouldn’t be a massive blunder but instead, an iconic scene in movie history.