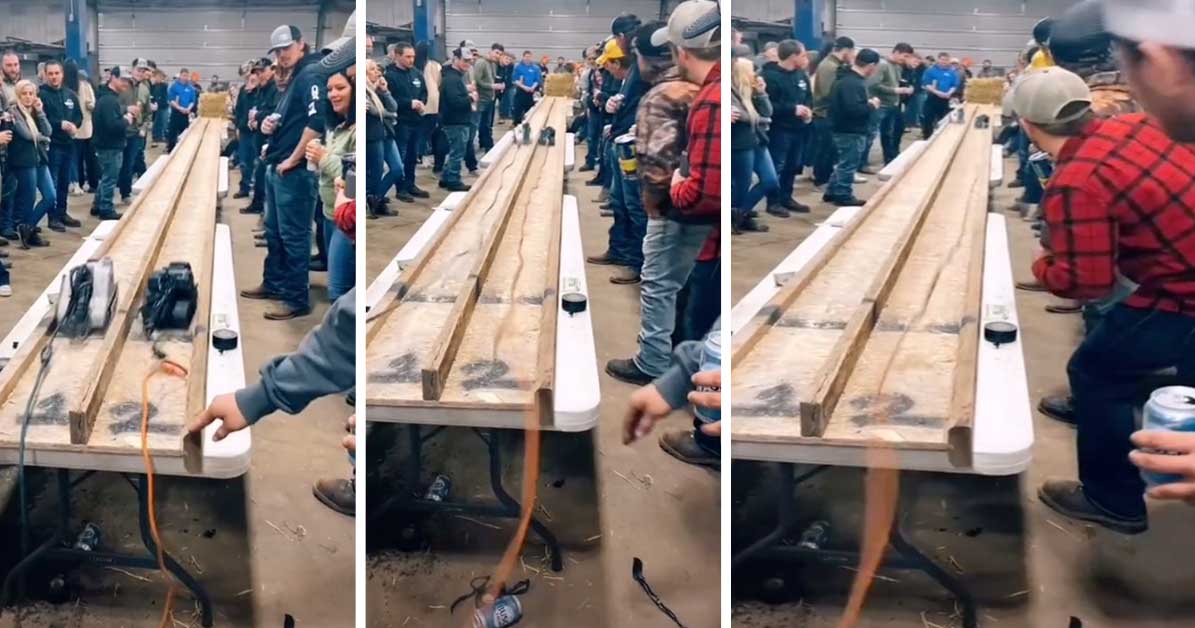 When someone is bored in the garage, one can tend to come up with some pretty wild things. Sometimes, the result is something that people will think you’re crazy for. Other times, though, a thought from the garage can result in a stroke of genius that has people wondering how they can get in on the action for themselves.

In this particular case, we find a situation that presents us with a little bit of both. In this one, we check in with what appears to be an entirely new sport. It’s hard to say how exactly the sport was developed. However, what we find are a couple of custom-built lanes for racing and willing participants with belt sanders. The best way to describe this is that the belt sanders are let loose and it’s an all-out drag race from there.

At the end of the day, it looks like the people involved are having an absolute blast and we could see how this could be a lot of fun. When we really think about it, it has a lot of the upside of real drag racing except you don’t even need to go outside or spend the thousands of dollars that it takes to compete. The belt sanding version seems like the perfect centerpiece for a party, if you ask us.

In either case, the video below showcases exactly what one can expect with a belt sander racing. The uploader does say that when the video was originally posted, it got a whole bunch of likes before being taken down several times. Apparently, the social media platforms with the power to do that kind of stuff think that the sport isn’t exactly the safest.

While we can definitely see why they would think that, it also kind of feels like something that we just want to try for ourselves… don’t blame us if you lose an eye, though.