Guys Test Drive Tank They Made From a Bentley

Guys Test Drive Tank They Made From a Bentley

One of the things that we can’t help but love about the internet is that we ...

One of the things that we can’t help but love about the internet is that we never know what’s coming next. One day, we’ll be watching some sort of regular old drag racing. This is exciting enough for us. However, the next day, something will come out of the left field that completely absorbs all of our attention. With the amount of creativity and resourcefulness that exists on the web, literally, anything could happen at any time.

With that in mind, we stumble across a creation, this time, that is almost too eccentric to believe. Even though Bentley is probably one of the quickest nameplates to depreciated to rock bottom, they can still be pretty expensive. Even a completely depreciated Bentley is probably going to be more than most people want to sink their money into in order to modify. That’s especially true when the modification is to this extent. Essentially, this Bentley is going to be completely useless as anything other than a hacked up parts car or, well, a tank, for the rest of its life.

However, that didn’t stop this Russian creator from doing the best that he could to turn the high dollar luxury car into said tank. That’s right, this Bentley is chopped up and modified in so many ways as to become nothing short of a tracked monster. The result is definitely content that’s worthy of leaving one’s jaw on the floor.

By following along with the video below, we get to check out a test run as the Bentley tank goes wild. We’re not sure about you but this is definitely something that we want to get behind the wheel of.

It’s just one of those creations that makes absolutely no sense. However, the off-the-wall nature of the build makes us want to get up close and personal with it even more. 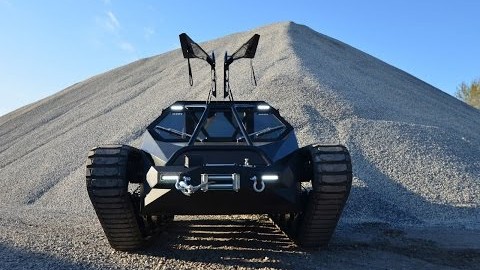