One of the things that we don’t frequently think about is that you could run ...

One of the things that we don’t frequently think about is that you could run into just about anyone out there on the open road. Naturally, the vast majority of adults in America have driver’s licenses. Just because they have them, though, doesn’t necessarily mean that they are going to be great drivers or be able to keep their cool in tense situations.

This time, we get a little bit of a dose of what’s going on out there on America’s roadways. Apparently, there are a wide variety of people who can’t keep their cool in traffic and just don’t like the way that other people drive. To some extent, I think that we all have a little bit of road rage here and there. For most of us, though, this might mean screaming at the steering wheel or maybe just laughing off an aggressive driver in our heads.

On the other hand, though, there are some people who really take things to a new level. Sometimes, it might be warranted but other times, but it’s definitely not. In fact, we would probably say that the vast majority of situations don’t really require road rage. Instead, letting it go is probably always the better option.

Let’s just say that letting it go isn’t necessarily the way to get the best video, though.

By following along with the video below, we get to see some of the most intense road rage moments from the Dashcam Lessons channel. The video involves everything from brake checks to Karens and even a little bit of instant karma which is always a little bit more satisfying than regular karma.

After tuning in with something like this, it really gives us the urge to just let things go when somebody seems to wrong us out there on the highway. Compilation videos like this are probably the last place that I would want to end up.

Road Rage: Food Delivery Cyclist vs Some Guy Who Apparently Cut Him Off 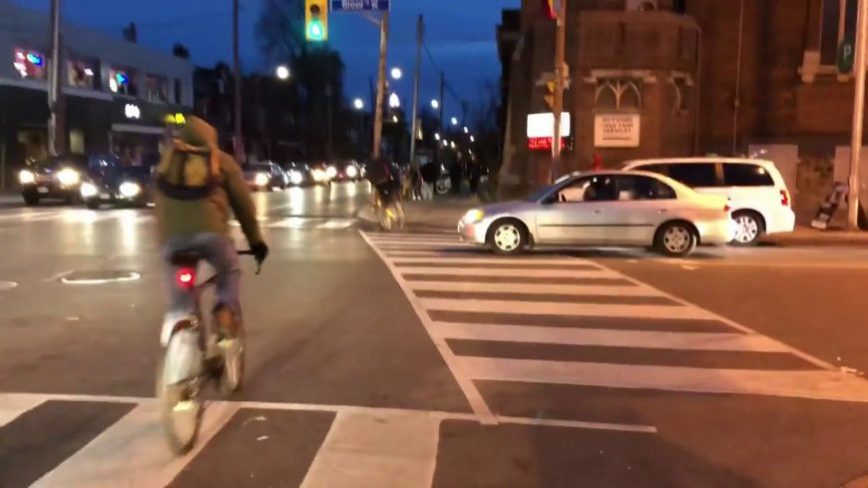