As this period of great unrest continues in America, different situations continue to ...

As this period of great unrest continues in America, different situations continue to reveal themselves in all corners of social media. In this day and age, we have unprecedented access to the protests and riots alike. No matter where you are, there is likely somebody with a cell phone nearby able to record what’s going on. Within seconds, it can be uploaded to social media and distributed to millions.

Unfortunately, these days, this just so happens to seem to provoke lots of people who are doing badly in this world.

Currently, for anybody who has been living under a rock, protesters have spread throughout the streets of many major cities to speak out against the death of George Floyd. Floyd was killed by a police officer in what most would consider being senseless murder based on the evidence presented. As these protesters look to spread a positive message, there is a group that has chosen to take advantage of it all.

Among this group, we find rioters and looters who seem to be taking advantage of this horrible situation. We’re going to go out on a limb here and assume that most folks probably don’t support those stealing from business owners and setting cities on fire. Not only is it incredibly counterproductive, but it’s also overshadowing the positive message that the protesters are looking to get across.

In one of the most recent clips to hit the web, we find that the rioters are at it again. In this display, they found a Porsche GT3 RS that we had seen beaten up and graffitied in a previous video. As the night would fall over the city of Beverly Hills, though, apparently, somebody came up with an even more malicious idea. Again, what this accomplishes, we can’t really be sure. However, they set the six-figure Porsche on fire. 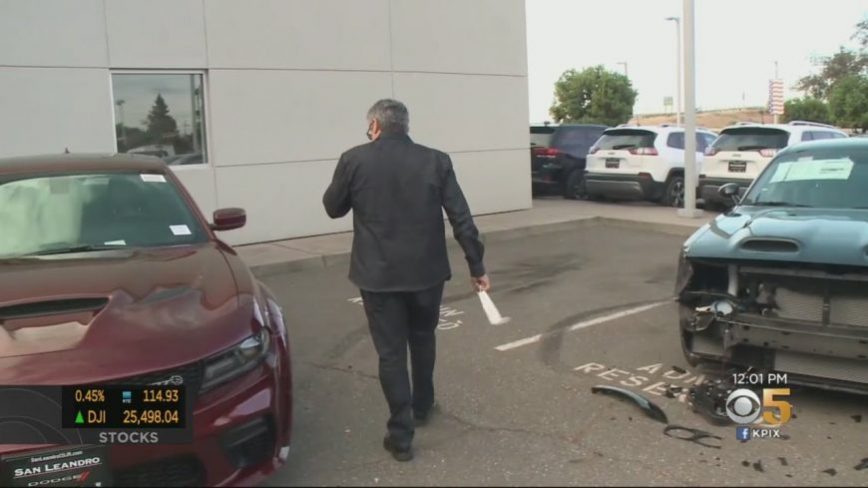