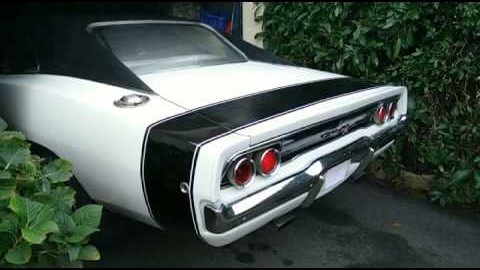 They sure don’t make them like They used to.

We think that any car fan who is being honest with themselves can say that new muscle cars and old muscle cars both have their strong points.

Today’s muscle cars are operating at maximum efficiency. They are decked out with all sorts of technology. At the end of the day, this could provide a much more favorable driving experience. From the infotainment systems to the computer controlling every function of the car, there’s pretty much no denying that modern muscle is more efficient.

Believe it or not, sometimes, things aren’t always about being as efficient as possible. Sure, making a ton of power all without spending as much fuel is nice. Nobody is going to deny that something fuel injected making over 700 hp is rowdy. However, it’s on a whole different planet than a V8 from the 60s.

There is definitely something to be said about the simplicity of an old school muscle car. Back in the day, these cars weren’t decked out in technology but they were still something incredibly special. In fact, they might have been special because they weren’t burdened with any sort of technology. The whole point of a car like this was to deliver big power. The experience was supposed to connect the driver with the car without any distractions.

While it’s incredibly impossible to explain what old school muscle is all about without experiencing it firsthand, we think that a video like this might just come close. By tuning in with the footage below, we get treated to experience for the ears. This time, we get to hear a cold start from 1968 Dodge Charger. This particular Charger is sporting a 440 ci big block that spits out an absolutely spine chilling note.