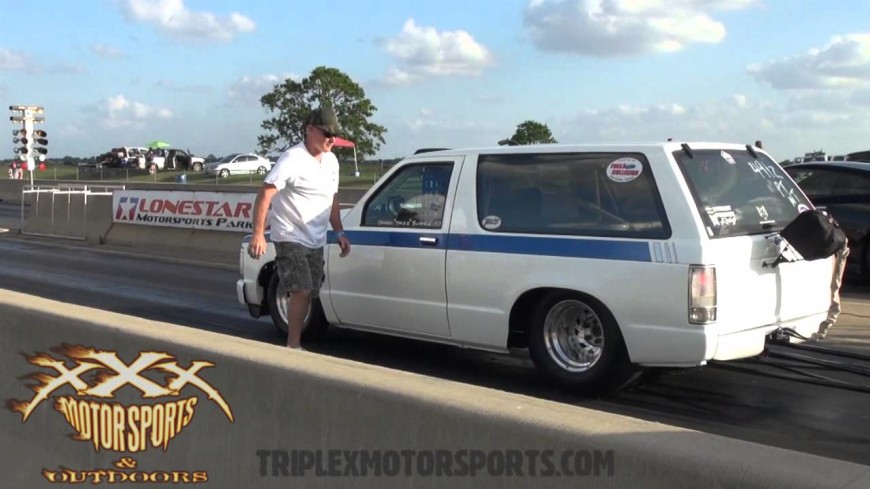 In this video two icons are pitted against each other. One is known as an AWD dig machine and the other is known as dad’s 1990s family hauler. Alright, maybe this Chevy Blazer also known as Blazonic is boasting a small block and a nice pair of stickies out back, but it’ll be an interesting race to see go down nonetheless.

Even though the Blazer is somewhat of a drag machine, its opponent is certainly no slouch in comparison. The built CMS4U Nissan GT-R should give him a good run for his money. Let’s see who takes the crown in the “just for fun” drag race in the video below!