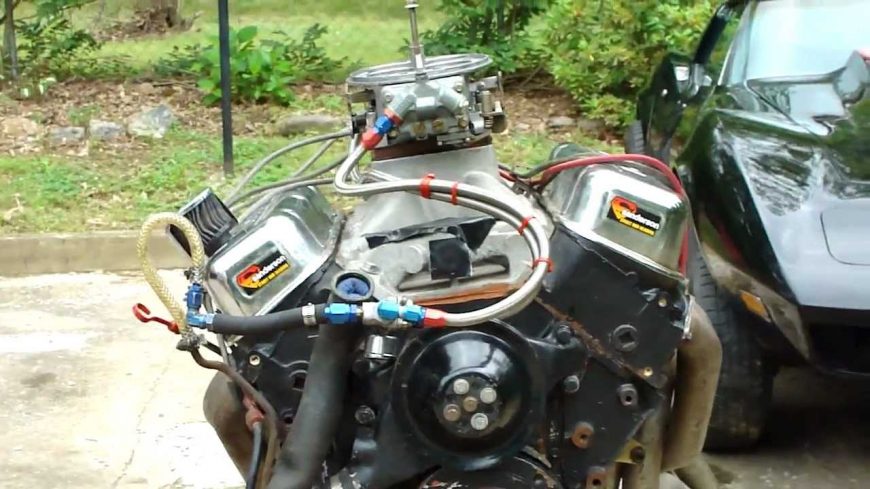 When it comes to building a machine that is designed for performance, there are a couple of different avenues that you can take to get into that most desirable end product that packs a punch come race day. You can either be a little bit sneaky about it and try to make something a little bit quieter that will slide under the radar, not keying in potential opponents to what you have got going on or, you can put together a setup that is loud and in-your-face, letting everyone know that you’re fast and you aren’t afraid to show it.

In this one, we follow along with someone who has built their engine in accordance with the latter as a 468 cubic inch big block that is incredibly aggressive, sporting a cam, comes to life and isn’t backing down from anyone. In fact, at the click of the play button, we think that you’re going to be pretty entranced by the sound that this thing makes as that cam lope definitely sucks in your intention and makes you wonder what’s coming next. Right now, the engine might just be on the stand but it really has as wondering what it’s going to be like when it finds its way under the hood of a Chevrolet Corvette.

Follow along in the video below that brings you all that this big block has to offer, in all of its glory, and be sure to tell us what you think of this monstrous powerplant as it comes to life and grumbles a sound that you won’t be soon forgetting. If you were the owner of this sweet powerplant, what would you be putting it in? I know we mentioned the Corvette up above but, maybe this one would end up in a more aquatic platform with a different owner. I can just picture matting the throttle while behind the wheel of a sweet cigarette boat with this engine on board.

« Forgotten 1969 Charger Hits the Road for the First Time in 35 Years!