When considering all of the action that goes down the streets, many say that the ...

When considering all of the action that goes down the streets, many say that the street is the great equalizer. Sure, you might be dominant on the track, but when it comes to a surface like this, the result could really be different every single time as you never really know what to expect with an unprepared surface.

As you might have seen over the past couple days, footage from the most recent version of Cash Days has been trickling out and the drama has been at an all-time high. With this go around, we get to check out another scene from the street racing event that has Big Chief behind the wheel of the Crow as he goes up against the Mistress and it was all captured by our buddies over at NXGonzo Video!

The stage is set and this one has more than its fair share of a lack of traction that has this race featuring plenty of smoky burnout action that both drivers would’ve liked to avoid for themselves. I guess that this one came down to who could do a better job of controlling that tire spin! Matchups like these really are the ones that keep you on your toes and make your heart beat just a little bit faster until you see the result. 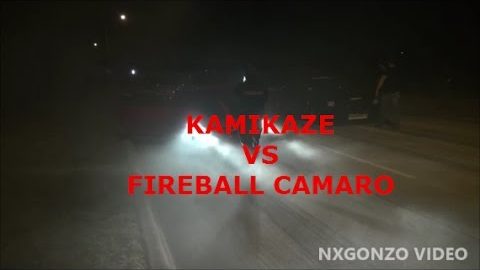