In the wild world of drag racing today you will be hard pressed to find two bigger ...

In the wild world of drag racing today you will be hard pressed to find two bigger names than Justin “Big Chief” Shearer, and his best friend Shawn “Murder Nova” Ellington, and their shop “Midwest street cars” These two titans of outlaw drag racing have been terrorizing the streets of Oklahoma City for some time now, racing anyone and everyone that is willing to come challenge them for their title as “The fastest street raced cars in the nation”.

Justin with his 1970 Pontiac GTO with an alcohol breathing Butler Performance 482 Cubic inch Pontiac with twin precision turbos, while Shawn has a proline racing 482 cubic inch 4.5″ bore space small block also on alcohol and twin precision turbos. This race was the debut for the new Murder Nova which was a drastic upgrade over his last car. While Chief brought out his GTO from the famous “Mega race” where the Oklahoma natives took on Richard Rawlings and Gas Monkey garage. Ultimately prevailing and showing the world what they can do, and has since climbed the list on their famous TV show “Street Outlaws” This was a race that many would have expected to take place in the final round for the big money, but luck wouldn’t fall their way, and fate ultimately had them squaring off in the first round of the “Big tire high roller” class.

This particular time Big Chief took the win while Murder Nova got loose about half track and had to let out. Hopefully, we can see a rematch of these two titans soon, and maybe on the street!

The Original Crow vs Murder Nova in OKC - Street Outlaws 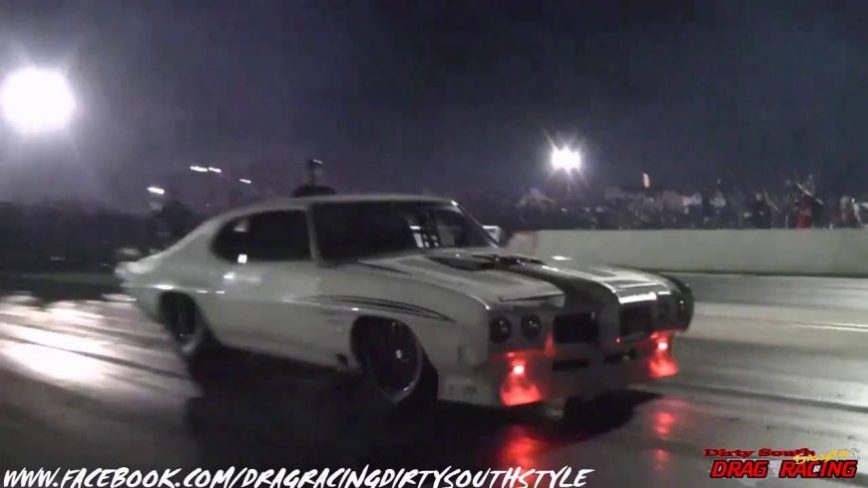