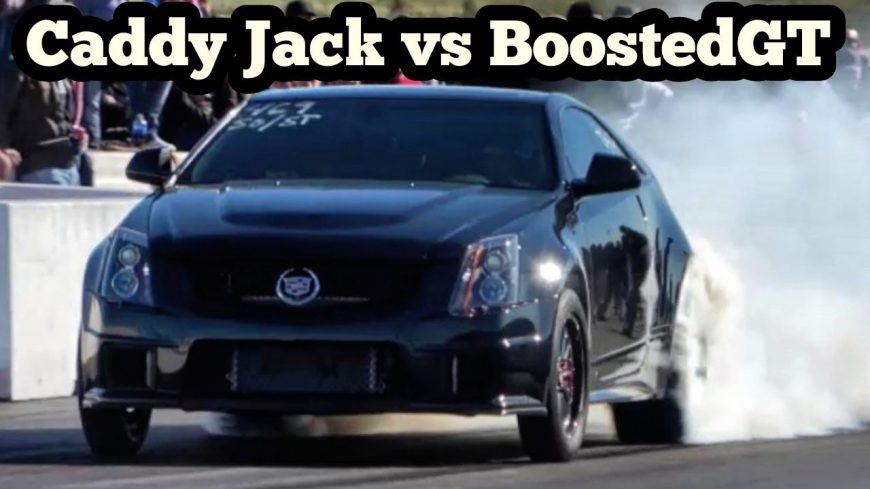 Even though, when you get a taste of Street Outlaws, you’re getting a taste of the drivers’ fastest vehicles most of the time, the machines that get the most screen time aren’t necessarily the only way that your favorite drivers like to boogie down. What you might or might not know is that outside of the cars that you will commonly see on Street Outlaws, many of the racers have a vast car collection, even including other vehicles that are designed to race in a different capacity that, while it might not be as quick as what you’re seeing on the show frequently, it’s certainly a lot of fun to be had as well.

In this matchup, we are certainly taking a look at two cars that are of completely different classes but every time that we get to see them line up on the track or on Street Outlaws, we will certainly take the opportunity as Boosted GT and Big Chief are certainly both a pleasure to watch when they’re on their game.

This time, they both lined up with Boosted taking one of his cars that you might recognize as being a competitor and Chief wheeling Caddy Jack, the Cadillac CTS-V that is closer to a daily driver than it is to a racing machine, both of which are making their way down the lanes together and we couldn’t miss out on the opportunity to watch either one of these cars roar to life.

If you follow along below, you’ll be able to catch all of the action as both of these cars put on a display when they make their way down the drag strip, attempting to grab traction when it really seems to be at a premium during this pass as captured by the National No Prep Racing Association.