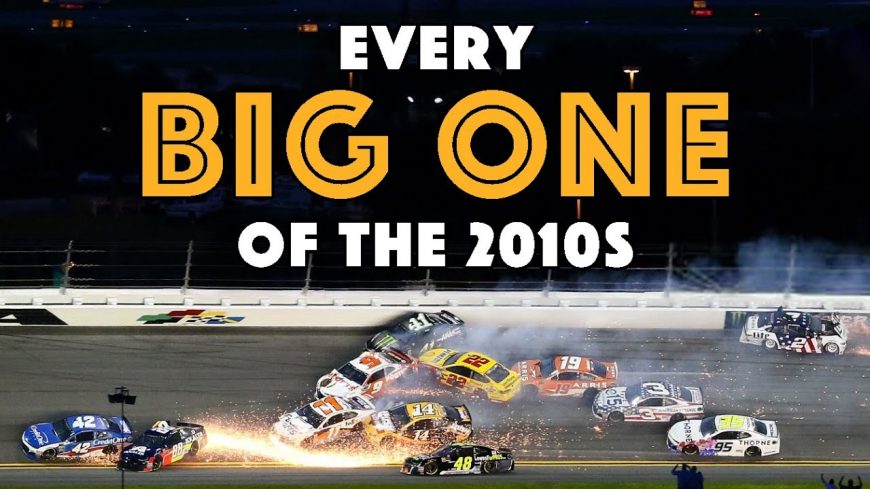 During just about any NASCAR race, a phenomenon unfolds that they call “The Big One.”

For those who are unacquainted, essentially, this means that It’s almost a foregone conclusion that a decent-sized accident is going to happen sooner or later. For the majority of the race, teams do everything they can to stay near the front but aren’t pushing too hard. After all, a big part of a NASCAR race is simply keeping your car in one piece.

However, as the race winds down, drivers start to push a lot harder. Now that they have made it to the final laps, things might get a little bit dicier. It’s time to go for the win and there’s no room to be conservative. It’s normally in this timeframe that the bigger accident tends to occur. With only one winner, it can be easy to get a bit overzealous.

Over the years, we have seen some pretty crazy wrecks unfold. In fact, there are even accidents that can take out half of the field, if not more. Now, naturally, nobody wants to have to deal with an accident nor would we wish that on anybody. However, human nature dictates that we simply can’t look away. In fact, with this particular compilation video that’s almost an hour-long, we found ourselves deeply entranced in these massive pileups.

By following along with the video below, you’ll be able to spectate some of the bigger accidents of the 2010 decade. This is one of those videos that can really allow time to slip away. Upon watching this for the first time, I was just going to check out a couple of minutes. Before I knew it, though, I had watched almost the entire video.

Hearing the disgust in Darrel Waltrip’s voice almost makes this video worth it alone.

« Cleetus McFarland Tries to do a Burnout in the New C8 Corvette, Gives His Thoughts