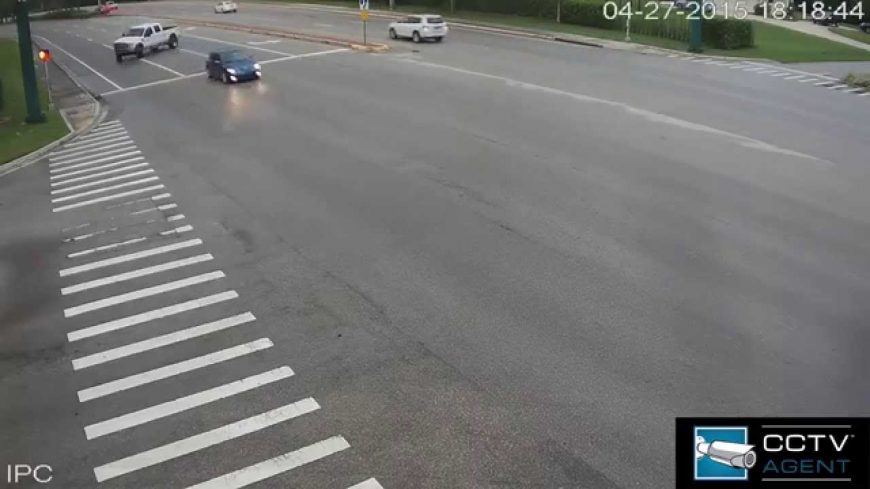 When this Ford pickup truck was moving at a higher rate of speed than other traffic on some wet roads, one thing led to another and the next thing he knew, he was sliding sideways, out of control.

We’re able to see the incident thanks to some security camera footage that was obtained and put on YouTube as the truck slides through an intersection and takes out a sign.

We haven’t been given any word on the driver, but hopefully, all is ok and this accident didn’t end up doing too much damage. Driving in the rain can be a hazardous deal, for sure.

Check out the footage in the video below as the truck skids out of control with the driver trying to recover from the slide, but failing miserably.

This video below shows what happens when you get behind the wheel while intoxicated.

« Ford Bronco Sends It Straight Across An Intersection