Biggest No Prep Payout Ever, $200k On The Line As Jeff Lutz Battles Megalodon 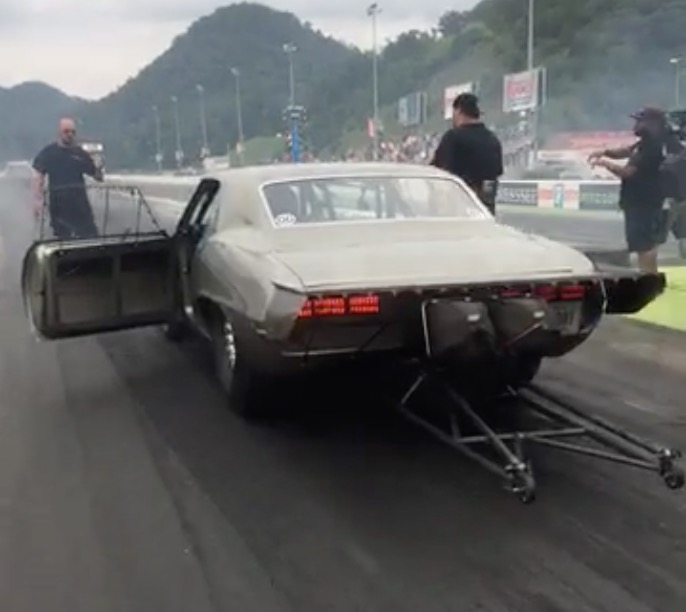 If you haven’t had your eyes on the drag strip, the no prep scene is about as hot as it gets right now and if you get the right combination of drivers on the drag strip, it means that the purse behind the race can get pretty big as there are lots of dollar signs flying around on the campus of the track during these events. With the latest big no prep race held at Bristol, the purse would exceed any amount of money to ever be handed over to the winner of a no prep event as $200,000 was on the line. Just imagine getting ready to race, lining up in the final round when that much money is on the line.

In order to compete for all the marbles this time, Megalodon, as piloted by Brent Austin would pull up to the line against Jeff Lutz, a battle that would be pretty hard hitting to watch without any money on the line, let enough to buy a house outright in most areas of the country. Let’s just say that the intensity really begins to grow as the competitors pull up to the line and get ready to rumble, trying to get all of their ducks in a line at the last minute before going at the track with a vengeance.

If you follow along in the video below, we would probably recommend skipping forward until there’s about 10:45 left in the video to see the action get underway. As the cars begin to shred some tires, you can almost feel the excitement boiling in your blood. Once they stage, everything seems to be going as according to plan, but it’s at this point that we experience a bit of a plot twist that we’re sure is going to haunt one of these drivers for quite some time. We won’t spoil it for you as you can catch the surprise for yourself.