Biker Passes on Double Yellow, Car Swerves to Hit Him! 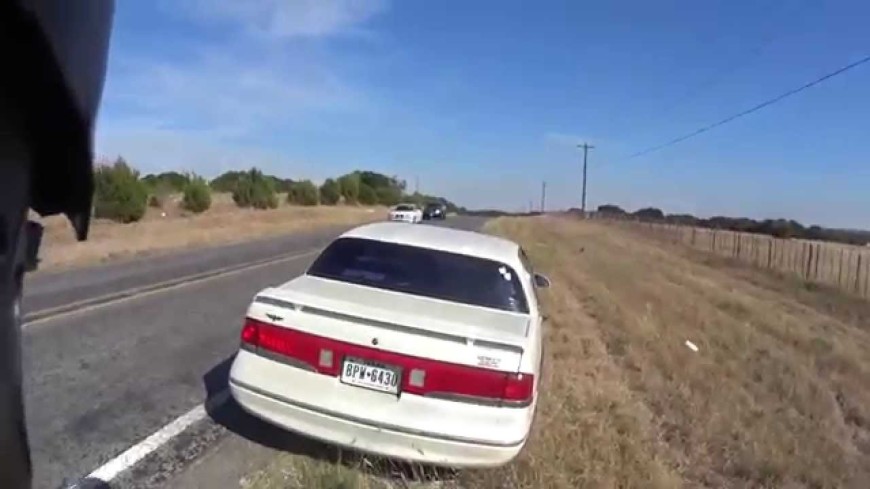 Biker Passes on Double Yellow, Car Swerves to Hit Him!

When out and about for a relaxing ride, these motorcycle riders didn’t want to get caught up in traffic on some back roads, so they decided to use their judgement to pass a few cars, even though there was a double yellow.

Agree with that or not, what happened next was the baffling part. We watch the GoPro footage as one of the drivers being passed swerves at the biker and knocks him over.

When one of the bikers goes over to grab the man’s license plate number, the driver of the car claims that a “wasp or bee” stung him, causing him to swerve and insisting that it wasn’t on purpose.

Check out the video below that shows us the situation first hand. What do you think happened here? Does the car driver’s story actually hold any water to you?

Update: Man who ran two motorcyclists off a Texas two-lane in 2015, then had nothing to say besides “I don’t care”? Local news says he’s now been sentenced to 15 years in prison.

« SUCKER PUNCH IS BACK!