For those who don’t know Bill Goldberg, he’s one of the most popular ...

For those who don’t know Bill Goldberg, he’s one of the most popular professional wrestlers to ever live. After building up quite a reputation for himself in the ring, Goldberg has also gone on to do other things like television as well. With that, he has amassed quite the amount of wealth and can buy whatever cars his heart desires.

The road to having 19 cars really seemed to get going when Goldberg started earning decent money from wrestling. When he felt as if his bank account was padded enough to begin splurge, he brought home his first muscle car and from there, things really began to spiral out of control. As the collection sits today, there are 19 machines in the garage of the icon who has always been known as a gear head.

A couple of the cars have even been in the family for years. One example, a Mercury pickup truck originally owned by Goldberg’s wife’s family, has taken on the likes of a restoration. The machine that was purchased for the $700 has since had tens of thousands poured into it to make it look like it came straight from the showroom floor.

By following along with the video below, Leno takes us on the guided tour as Goldberg tells us a bit about each car and what makes it special. It’s pretty cool to watch somebody be able to live out their childhood dreams as we all kind of have these cars that we lust after. No matter what type of vehicle is an enthusiast’s favorite, we all know that feeling of being young and not quite being able to afford all of the cars that we want. Going back later in life and being able to purchase pristine examples of these cars has to be quite a feeling.

Tim Allen Has Been Doing Some Upgrading, Shows Off His Warehouse Filled With Lots of Gems 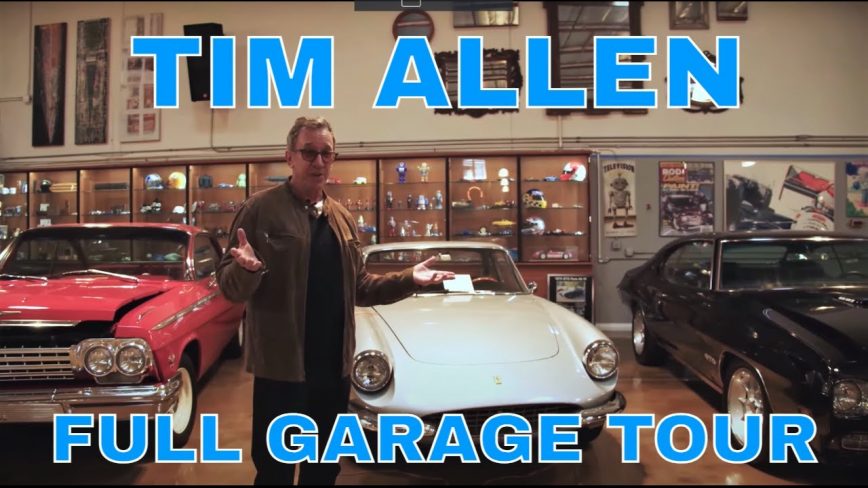