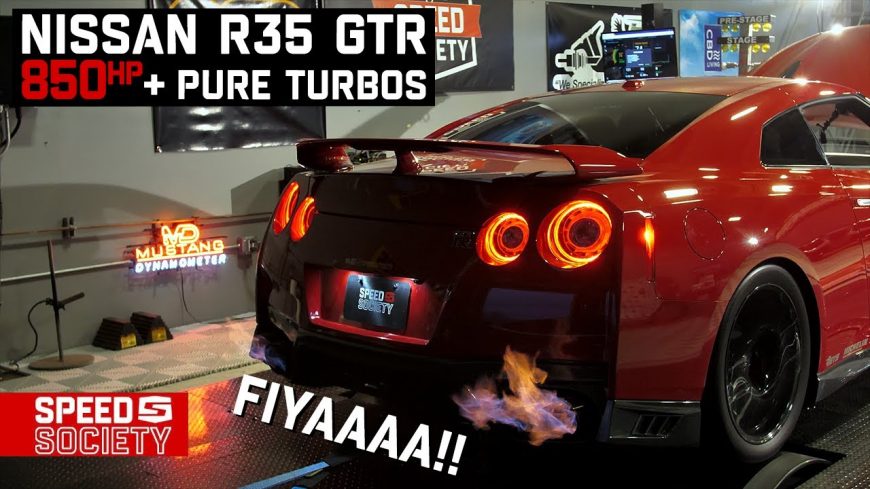 If there’s one thing that we think that most of the automotive performance community would agree with, it’s that the Nissan GT-R is a pretty awesome car. In fact, it’s so awesome that Nissan hasn’t really bothered to change it all that much for over a decade. Lo and behold, people are still buying a similar ride in the year 2020. Now that’s longevity!

However, as those who follow along with Speed Society might know, no matter how awesome the car is, we can’t just give it away in factory form. Instead, the inner gearhead within us can’t help but modify these machines to be even more awesome, even when they start off as insane as the GT-R.

Now that our latest Cadillac CTS-V giveaway is firmly in the rearview, we have decided to move on to a new giveaway. As you probably have guessed by now from all of the GT-R talk, the next machine on tap is exactly that. This time, we’re taking one of the tuning community’s favorite machines and turning it up just a little bit.

When all is said and done, the build is going to create 850 hp. On the streets and the track alike, it’s sure to be quite the rowdy handful. The goal is not only to have this thing be awesome in every facet imaginable from the performance to the sound and everything in between. Everyone knows that a well-manicured performance machine is going to really check off a lot of boxes. We think that this GT-R goes above and beyond and doing just that.

With the trio of videos below, you’ll be able to dig into the latest season of Beyond the Build. With this, the GT-R receives a couple of turbos, an insane exhaust, and a lot more. Long story short, somebody’s going to be getting a pretty amazing car and if you want to see that car come together, you’ve come to the right place with Beyond the Build season seven.

Oh yeah, last but not least, if you want to get in on this giveaway for yourself, click here to find out how.