Ripping It Up With Bj Baldwin In His Favorite Toy: Loki A Monster K5 Blazer 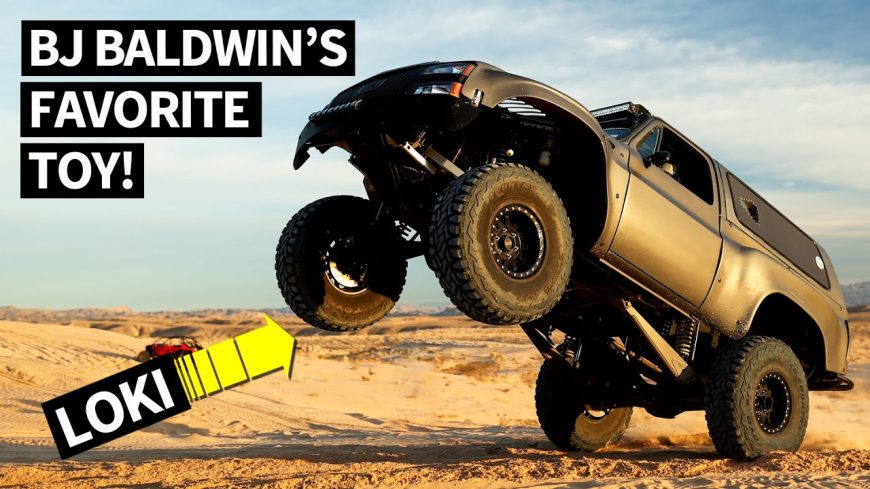 None of us ever want to see the zombie apocalypse come about. However, it seems like a lot of us can’t help but fantasize about all of the different toys that we would use in such a situation. We might just say that, if surviving in a wasteland was the task at hand, BJ Bladwin’s intense K5 Blazer would be on the shortlist of choices for a vehicle.

From head to toe, this thing provides so many features that simply send a chill down the spine. The platform it’s built off is downright classic. Clad in flat black, we can’t help but love the body lines of an old-school Chevrolet K5 Blazer. The looks are only where things begin, though. From there, BJ has taken it upon himself to tear this thing down to the ground and replace just about every component imaginable.

In a story that he told to the guys over at Hoonigan, BJ remembers that when he got the truck, it wasn’t exactly perfect but had some massive potential. From there, the help of an LS7 would be one of the first major steps to help it reach that potential. Since then, the truck has only grown over time, receiving more modifications to make it more capable and a lot more fun to drive.

Throw in some trick suspension and other parts like custom bumpers, different liquid coolers to keep everything running great, and a plethora of other great upgrades. Before we know it, this thing is well on the road to being the ultimate in off-road performance. In fact, we might argue that, as a gearhead, it would be rather tough to look at a machine like this without absolutely craving a ride. We know that we’re on our way to find more of this bad boy within the pages of YouTube.