Black Ice Unleashes the Clench Factor for These Drivers 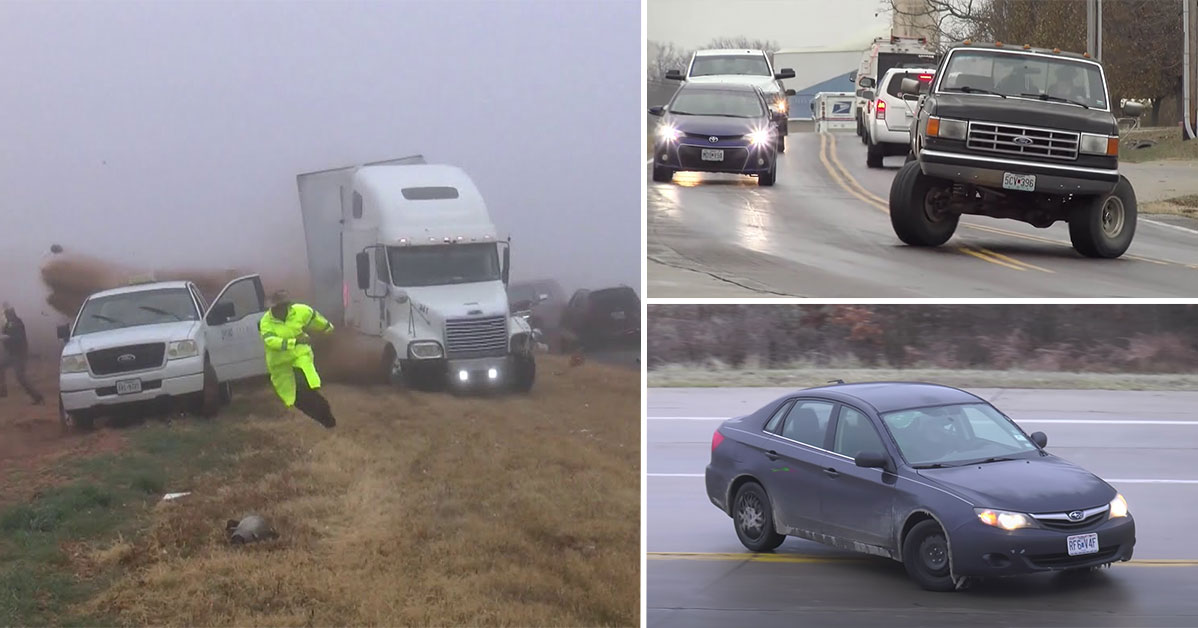 For our readers who have never really driven in bad weather because they live in warmer parts of the world, consider yourself lucky.

When the weather gets cold and inclement conditions to come along, one never really knows what to expect behind the wheel. Sure, if you’re careful and stay on heavily traveled roads, there’s a good chance that nothing too wild will go down. However, every once in a while, a patch of black ice pops up, giving absolutely no warning and not necessarily showing itself, either.

Not only is black ice nearly invisible in many situations but it’s also one of the most dangerous driving surfaces that one could find themselves on. One moment, you’re driving as according to plan and the next moment, your vehicle is sideways, failing to turn when you turn the wheel. The worst part of it all is that you didn’t see any of it coming and you’re now left to make a split-second reaction to keep yourself out of the guard rail, other cars, or maybe even worse.

This time, apparently, YouTube creator, Dan Robinson had stumbled upon a patch of black ice and decided to pull out his camera to see how drivers nearby would handle the situation. Needless to say, vehicles that made their way over the dry ice definitely had a pretty crazy time awaiting them.

The majority of the vehicles ended up going sideways but surprisingly, everybody seemed pretty well equipped to be able to handle the debacle. Fortunately, none of the vehicles were really going all that fast and the drivers were able to correct in time to get back to a portion of the road that had traction. In any case, though, this video is one that definitely had me on the edge of my seat, waiting to see what was going to come next and how the next vehicle to pass would handle this slippery situation.

« Leaders Wreck Each Other on Final Lap of Rolex 24