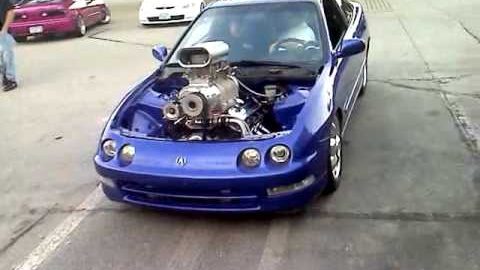 We’ve seen the Acura Integra mended, molded, and modified in every which way under the sun. Never once did we ever stop to think that this engine would have found its way into the engine bay of an Integra.

Instead of the four-cylinder that we’re used to seeing, this ride features something a little bit different. At the heart of this build sits 454 cubic inches of American power!

Don’t believe us? Check out the video below showing off this once unsuspecting commuter car that has been turned into an obnoxious beast, in a good way.