Blue Angels put on a show with low fly by’s

Blue Angels put on a show with low fly by’s

The Blue Angels need no introduction. You’d have to have literally been living in a ...

The Blue Angels need no introduction. You’d have to have literally been living in a vacuum somewhere in the arctic to have not seen or heard about the U.S. Navy’s demonstration squad and seen their intensely precise and edge-of-control stunts.

Comprised of the finest pilots in the Navy, the Angels travel the country putting on shows for millions of thrilled fans each year. Not only do they perform at military bases and civilian airfields, they also perform over major cities such as San Francisco’s Fleet Week, Cleveland’s Labor Day Air Show, and the Milwaukee Air and Water show.

Their shows consist of both formation flying, where the jets group together and perform stunts and formations in unison with one another, and solo stunts and passes. They often perform formation flying and solos at the same time, wowing fans with something for everybody, whether you like tightly-grouped precision or insane speeds and huge stunts from a single plane and pilot.

As you might imagine, there are countless hours of footage of the Blue Angels out there, as just about every fan on the property at one of their demonstrations is likely videoing with their phones, creating plenty of footage to pull together. In the video below, you’ll find a theme of low-altitude passes, a maneuver that, while simple in terms of technical prowess, is absolutely enthralling for fans as the planes blast by seemingly feet overhead.

In reality, of course, the planes are a few hundred feet overhead, leaving the crowd below safely out of harms way but close enough to get a real thrill from the high-speed passes.

You can see the intense reactions from adults and kids alike, proving that no matter how old you get, you never outgrow the child like wonder caused by this awesome machines and their pilots. IF you have an opportunity to check out the Blue Angels at an airshow near you, you definitely should jump at the chance!

Experience the Blue Angels From the Cockpit in 360° 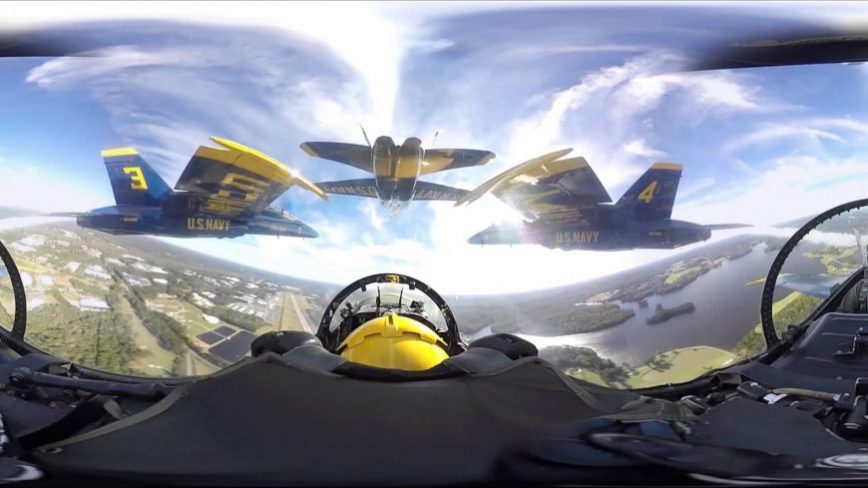