Read your agreements thoroughly, boys and girls. One can never be sure when a company ...

Read your agreements thoroughly, boys and girls. One can never be sure when a company might sneak a zinger in the fine print!

For starters, we would be willing to wager that most didn’t know that financing could be revoked! Sure, if the payments aren’t made on time, a vehicle can be repossessed. It’s quite common practice. That’s not what we’re getting at here, though. Apparently, in certain situations, there are other criteria for which a lender can choose to take the vehicle in question back. This time, we dial into one situation that seems to be stirring the pot quite a bit.

When the YouTuber by the name of LivingLifeFast purchased his BMW M4, he had every intention of modifying it. In fact, he documented a build process on the BMW that voided the warranty. Even though the car was borrowed against, in most situations, there’s nothing illegal here. If he didn’t try to get warranty work done, it’s not even controversial by our standards. Here in the states, in most cases, as long as the money keeps rolling in, the lender couldn’t care less. A borrower could drive a car off of a cliff and it most likely wouldn’t make a difference.

Apparently, according to The Drive, the lending agreement that we see here is similar to a lease. It happened that the YouTuber involved here is British and the rules that we’re used to in the states don’t much apply. In fact, it sounds like this is more like a rent-to-own like we would see in housing here. Essentially, the car is the property of BMW financial until the borrower pays it off. This means that said borrower has to play by their rules.

The two things that LLF cites as reasons for revocation are modification and the idea that BMW can revoke the financing if they feel the buyer can’t afford the car. At the end of the day, anyone can interpret it any way that they want. However, the fact remains that two parties entering into an agreement should probably be fully aware of what that agreement entails.

From what we understand, LivingLifeFast decided to go all-out with internal engine mods and it backfired big time. If he signed the contract then it looks like BMW is well within their rights here. It just seems odd that they would choose to play their cards in the way that they did with this one.

Be sure to check out the video below and tell us what you think of the latest watercooler talk. 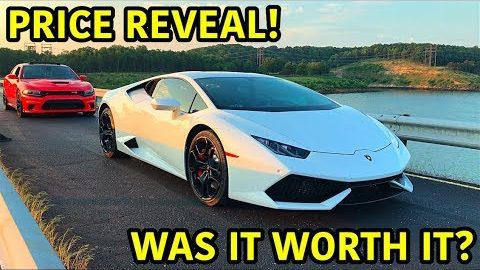