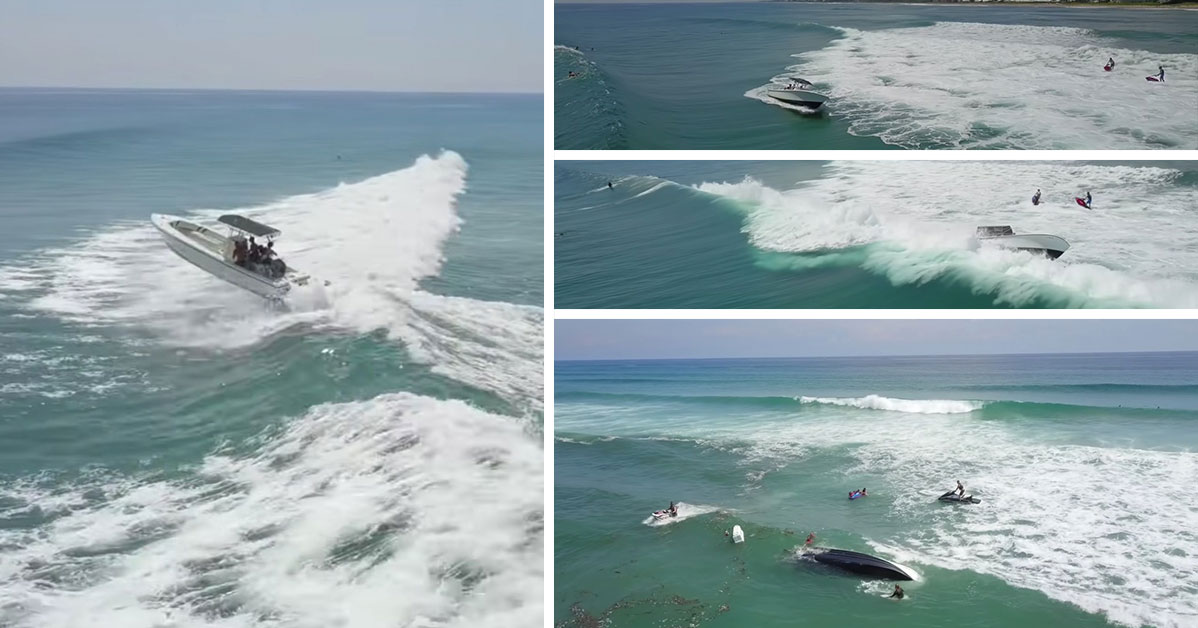 When facing a rough inlet, sometimes, the ability to stay dry comes down to making good decisions. Other times, though, no matter how talented you are behind the wheel of the boat or how good the decisions you make are, things just don’t go in the right direction. Sometimes, the result of what happens really ends up being attributed to a stroke of bad luck.

This time, we check in with the situation from Boynton Inlet in Palm Beach County, Florida. Apparently, it was a pretty rough day to be heading through the inlet. However, the folks on one center console would try to plow through it, doing everything they could to make it through the Inlet in one piece.

At first, even though the waves were really crashing hard, it seems like everything was going pretty much all right. However, before long, one rogue wave would take everything to an entirely new level. While all of the waves were sizable, the one that would really seal the deal was much bigger than the rest. Fearing for the worst, the captain decided to turn things around and essentially try to outrun the wave. However, things wouldn’t go so smoothly as the wave quickly caught up with the vessel and eventually ended up flipping it over.

From what we have gathered, it does appear as if everybody on board was all right. One commenter on the video claimed to be riding one of the jet skis pictured in the video. The individual says that four of the six passengers were children. He also reminds us that it’s very important to wear our life jackets because in a situation like this, it’s something that could easily be life or death!

So what do you think? Was the boater in the wrong place at the wrong time or was turning around the beginning of the end?

« The Actors Who Were ALMOST Cast as the Fast & Furious Stars