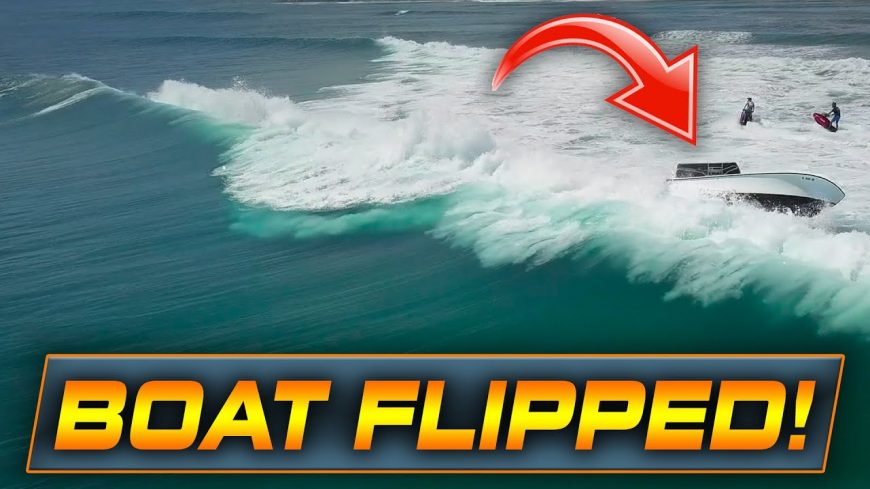 Haulover Inlet has quickly become one of the most viral sensations in the world of boating on YouTube. For those unfamiliar, the inlet has rather drastic changes in unpredictable water conditions which can create quite the surf. As boaters of all varieties try and make their way through, they battle massive swells that can be multiple feet high. It’s not hard to imagine how this could end up with a tumultuous situation. The conditions would provide a challenge for even experienced boaters. Needless to say, the experienced group isn’t the only collective trying to make their way through the choppy section.

With such an area, there are definitely varying levels of intense situations that come to life. On one hand, there are those who handle it perfectly and on the other, we have people flying off of boats and vessels going airborne. This time, though, we check in with what might be the most intense situation that we have ever seen out of the Haulover Inlet.

On this particular day, it looks like the waves were definitely pretty rowdy. This wasn’t a calm day at Hauloer by any stretch of the imagination. It seems as if a smaller vessel was making its way through the inlet when deciding that this wasn’t a combination that the captain wanted to take on. Therefore, the person behind the controls here decided to whip a U-turn and head back in. However, pulling a maneuver like this in the middle of an aggressive wave just isn’t something that a boater should do.

In a situation that seems to be over almost as quickly as it began, the boat ends up getting broadsided by a pretty big wave. It’s at this point in the time at the vessel ends up flipping over, being left at the mercy of the current. All six people on board were thrown from the boat but did manage to make their way to safety. The boat, on the other hand, ended up meeting an untimely demise.