Boating Gone Wrong: How to Sink a Pontoon Boat 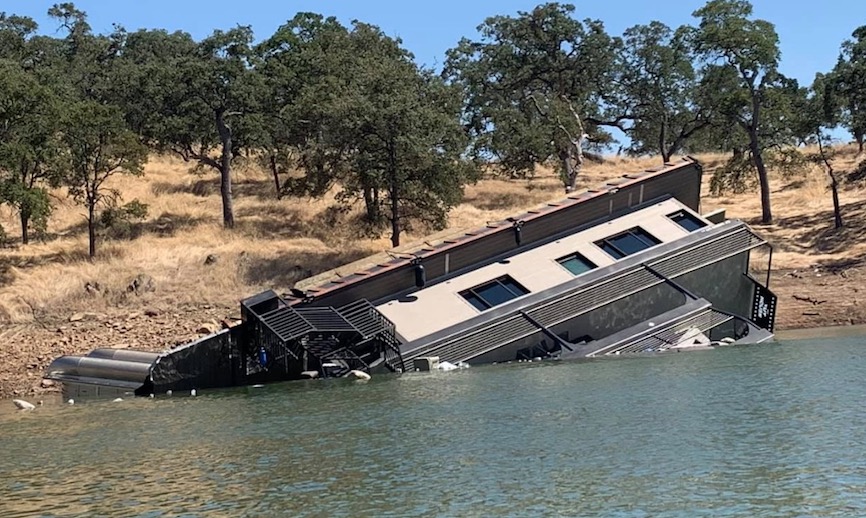 While boating can be a ton of fun, there also lurks tons of danger in the water as well. Let’s just say that when things escalate in the water, they will come to fruition a lot more quickly. This means that boaters need to be twice as vigilant. Whether this is considering other boaters or looking around to check out the surroundings, everything needs to be done precisely. Some may take this lightly and get away with it. However, others end up in very tragic situations that could have been prevented.

Now, it’s kind of hard to say what exactly caused this particular situation. In any case, though, the vessel in question ends up being tipped over as the double-decker pontoon boat ends up flipping into the water. It’s kind of painful to watch as the boat slowly begins to tilt toward the surface of the water. As it does, furniture and all sorts of other belongings slide down the deck and into the drink. At the end of the day, it’s one massive disaster that’s going to take quite the effort to clean up.

It’s kind of hard to say what exactly caused this one. However, it does appear as if maybe this big of a vessel was a little bit too close to shore. Perhaps, it ended up running aground and sitting awkwardly to cause it to sway down into the water.

Another boater was nearby and managed to capture the entire incident as it unfolded. In just a matter of seconds, the entire situation unraveled right in front of our eyes. The worst thing about something like this is that nobody could’ve really ever known when it was coming. One second, these folks were probably enjoying a nice day in the water. The next, their boat was going over and it was sheer mayhem.

« The 55 Takes on Daddy Dave, Death Trap Chuck in No Prep Race