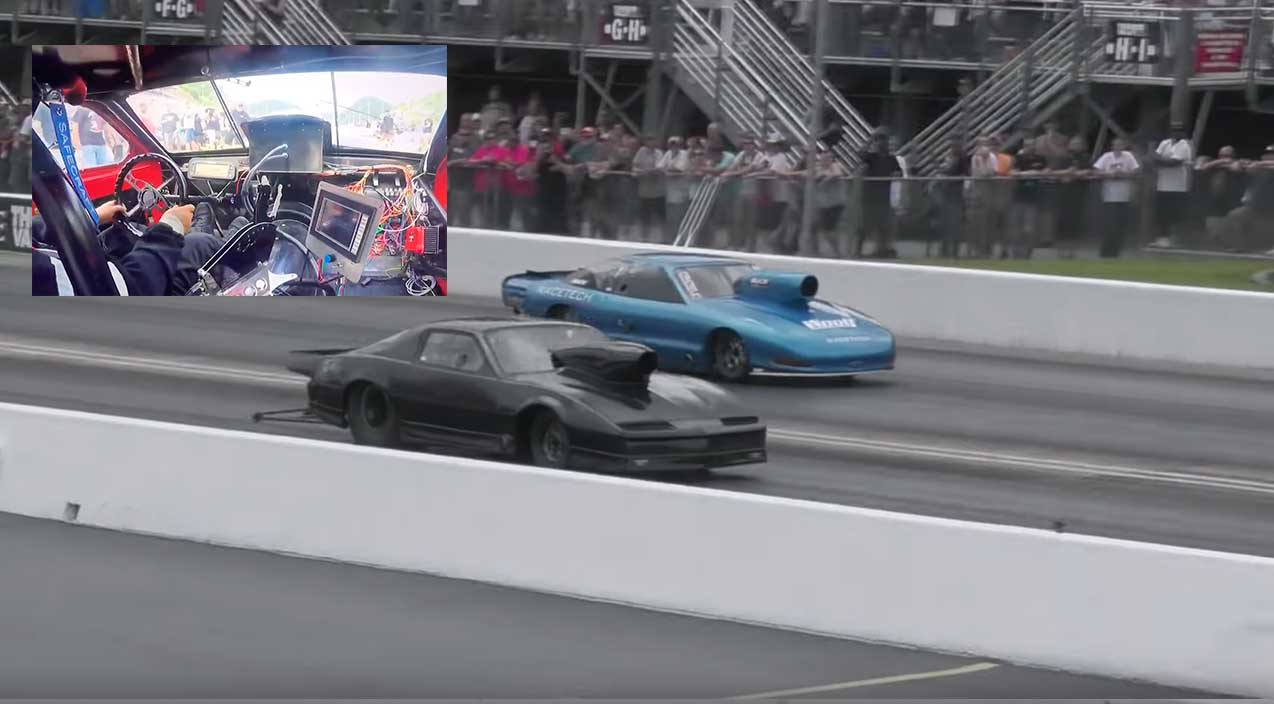 Last week, we introduced you to several of the cars that made the trip to Memphis to take on the biggest names in street and no prep racing for a shot at $200,000. With money like that on the line, these guys pulled out all the stops, with some of them even bringing all new – to them – cars out just for this event.

One of those who was getting accustomed to new surroundings was Street Outlaws New Orleans alum Bobby Ducote, who showed up in Bristol with a new nitrous Firebird that he’d hoped would deliver him to the promised land and earn the big payday. The car, if you recall, is powered by a 787 CID nitrous-fed big block with no fewer than five nitrous kits armed and ready when needed. It’s backed by a Turbo 400 transmission and a four link suspension that gives Bobby and crew near-infinite adjustability in the rear end.

Bobby had high hopes for blowing into town and blitzing the competition with the black ‘Bird, but another Bird had a slightly different plan of events. Jerry Bird would be alongside Bobby in the Bird Boyz Ford Probe, a car that’s made a name for itself over the past several years both on and off the track.

With a similar combo crammed between the Probe’s frame rails, this should have been a great race. When Ducote strapped a big holehsot on Bird, it should have been over. If all went according to plan, Bobby should have taken then win. But there’s a reason “should have” rarely accompanies “did”.

Ducote’s huge hole shot lead evaporated as the cars continued down the track, thanks to what appeared to be some kind of mechanical failure. This opened the door for Bird to drive around and take the win. While this race was guaranteed a winner from the New Orleans crew, everybody seemed to think it was going to be Bobby, right up until it wasn’t. That’s just how things go sometimes.

« Modded Golf R Is A Sneaky Sleeper You Need to See!