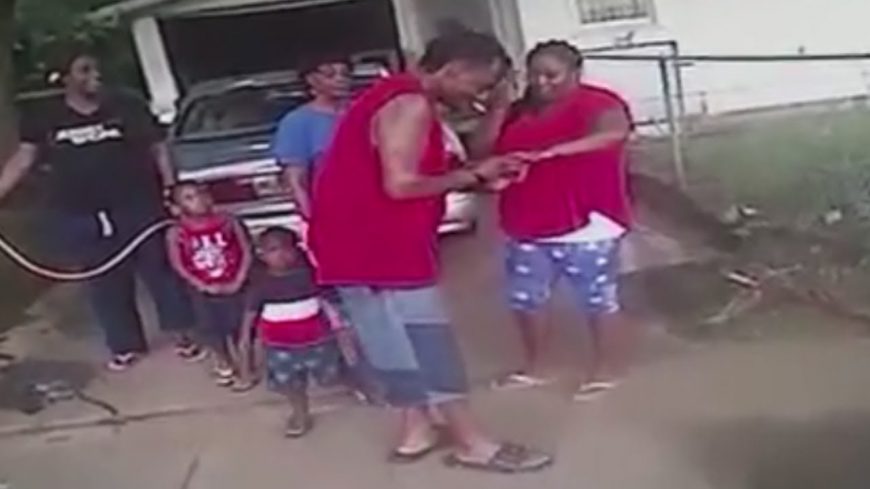 In the real world, things are hardly ever as they appear in story books or Hollywood movies. You see, these perfect situations really give regular people something to work towards but it hardly ever turns out that real life is exactly how it works in these made-up stories. This time, we check in with a couple who most certainly doesn’t have a storybook sort of life at all but they’re doing all they can to make the best of the circumstances that they have managed to get themselves into and the result is a video that’s going pretty wild around the pages of the web right about now.

Now, normally, when we see body cam footage from the police, it’s used to show a bad situation whether it be a suspect acting out, trying to evade or even engage in combat with the police or potentially a situation where the police are doing wrong, allowing the public to take a look inside of one of these situations, keeping officers honest who may seem to stray away from everything that should be encompassed by a good police officer. In this one, however, it’s an incredibly bittersweet situation that provides a moment of happiness for a man who is going away on a felony arrest. You know that he did wrong, allegedly, but the human side of you really wants to feel for this guy.

In this one, when the police here were responding to a warrant, they came across this wonderful story in which a man wanted to propose to his soon-to-be fiancé before going away. The officers helped them out by switching his handcuffs from behind his back to the front of his body that allowed him to ask his girlfriend to marry him. Of course, she said yes, and you can see the entire thing unfold in the video below. It might not be the perfect situation, but for these two, this is a moment that they should hold dear to their hearts.