We would probably venture to think that most folks who have flown on an airplane ...

We would probably venture to think that most folks who have flown on an airplane haven’t actually looked into how these things are tested. Kind of crazy given the fact that passengers are literally putting their lives in the hands of a corporate entity.

Luckily, there are strict guidelines in place to make sure that every commercial flight in the sky is as safe as it can possibly be. These planes are not only tested under regular conditions but also under conditions that would provide a worst-case scenario.

This time, the test in question comes to the braking ability from the Boeing 787-9 Dreamliner. This massive commercial aircraft is a big machine and therefore, it’s going to need a lot of braking power to make sure that it can stop.

In order to double back and be 100% certain that the plane is the best equipped that it can possibly be to stop in an emergency, testing goes to some extreme lengths. The test in question pushes the plane to speeds that are ready for takeoff before locking up the brakes to see if it can come to a sudden stop. 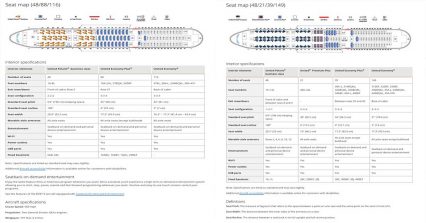 It isn’t as simple as doing it with an empty plane, though. Instead, the plane is filled with weight to simulate what it would be like if it was full of as many passengers as it can hold. As if that wasn’t enough, The test is also done under maximum speed to simulate what a worst-case scenario would look like even though it’s not likely to happen.

The last piece of the puzzle that really ensures that these things are as safe as possible is that the brakes are completely worn out. The crew at Boeing takes 99% of the brake life away and one of the brakes is even deactivated entirely just really make sure that everything is overly capable.

The video below shows off this insane process that really puts airplanes through a strenuous number of tests just to make sure that fatalities onboard are as close to nonexistent as possible.

Airplane Lands on a Deer... Does NOT End Well For The Deer