Boosted GT Will Race Anyone… Including a Nitro Funny Car 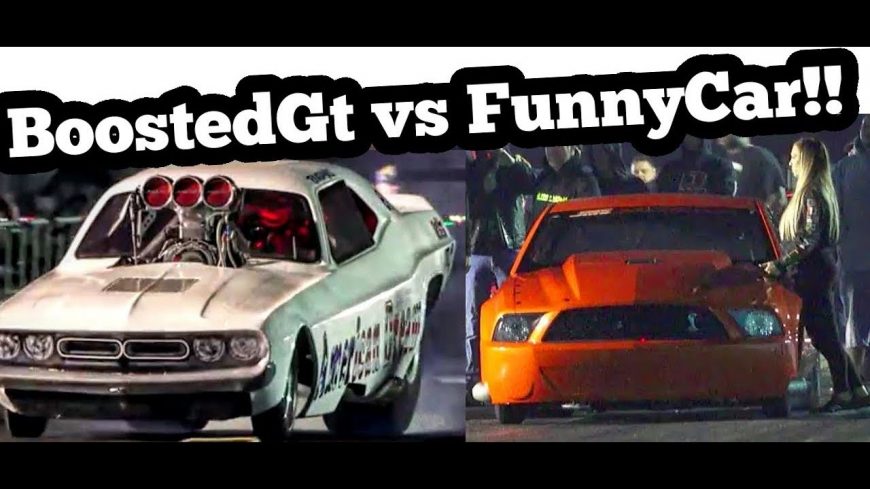 When it comes to throwing down on any racing surface, Boosted GT has shown us that he’s not afraid to step to the plate. The driver has earned quite a reputation for himself for good reason. We watched Boosted go toe to toe with many fan favorites in the racing community. In order to be considered among the best, drivers sometimes need to have that  “race anyone at any time” mentality. Even when they might seem to be outmatched, there might need to be a push that just throws them into the heat of the moment. This time, that looks like exactly what Boosted GT was looking to accomplish.

At the Winter Meltdown No Prep down in Texas, we got to see exactly that. This time, Boosted wasn’t backing down from a nitro funny car. At the end of the day, with that race, things didn’t go so smoothly for the funny car. However, it really says something that the orange mustang would pull up in the lane next to it. The matchup didn’t really seem to be one that would favor Boosted, however, he wasn’t going down without a fight.

Even though the funny car stumbled off of the line, that’s not the only action that Boosted would take on. Instead, we also get to see the screaming orange Stang take on a Chevrolet S10 that looked like it was ready for battle. Let’s just say that race would end up being a lot closer than the race with the funny car.

Down in the below, the folks over at the National No Prep Racing Association were on the scene to capture all of the action. We can’t help but love these videos that put us in the best seat in the house to watch some of our favorite competitors. In no-prep racing like this, there’s absolutely no telling what’s going to happen next. Keep those eyes peeled because the action is coming fast.