BoostedGT Finds The Wall in Norwalk at No Prep Kings

BoostedGT Finds The Wall in Norwalk at No Prep Kings

When mixing big-time power with a no-prep surface that isn’t necessarily ready ...

When mixing big-time power with a no-prep surface that isn’t necessarily ready to hold all of that power, one might just find themselves going on the ride of a lifetime in the worst way possible. There are times where the no-prep surface can be anything but friendly. Unfortunately, it can end up leaving drivers at the liberty of inertia. From there, all that they can do is hold on and hope for the best!

Out at No Prep Kings, this time, we check out a bye run that has the one and only Boosted GT lining up his Ford Mustang. From the looks of things, he was probably turning the car up to see if the track would hold it. Spoiler alert: it didn’t.

It looks like Boosted was able to get down the track a decent amount. However, before long, though, something went wrong and the car immediately started to head sideways.

It’s captured by the National No Prep Racing Association as the car thrashes around and tries to battle the slide. However, Boosted eventually ends up losing as the car is pushed into the wall. This is a scene that racer wants to have to be a part of. However, as plenty has found out, it’s simply a fact of life in no-prep racing. All that power on a surface that isn’t designed to hold it isn’t always going to yield a positive outcome.

Check out the video below as the incident was captured on camera. At the end of the day, it doesn’t look like too much damage was done to the car. We’re sure that Boosted will be back out again before long.

Add another headache to the list of things to deal with come race weekend. Better luck next time, Boosted GT. 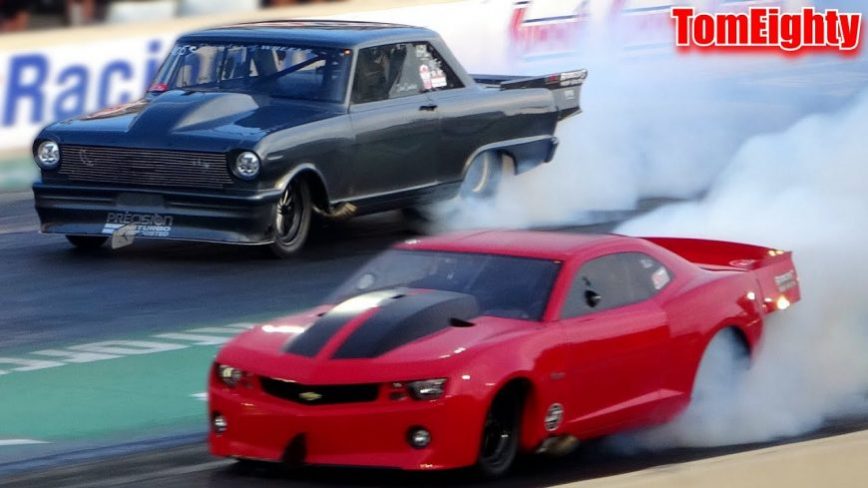