Both Drivers Accused of Cheating With $100k on the Line 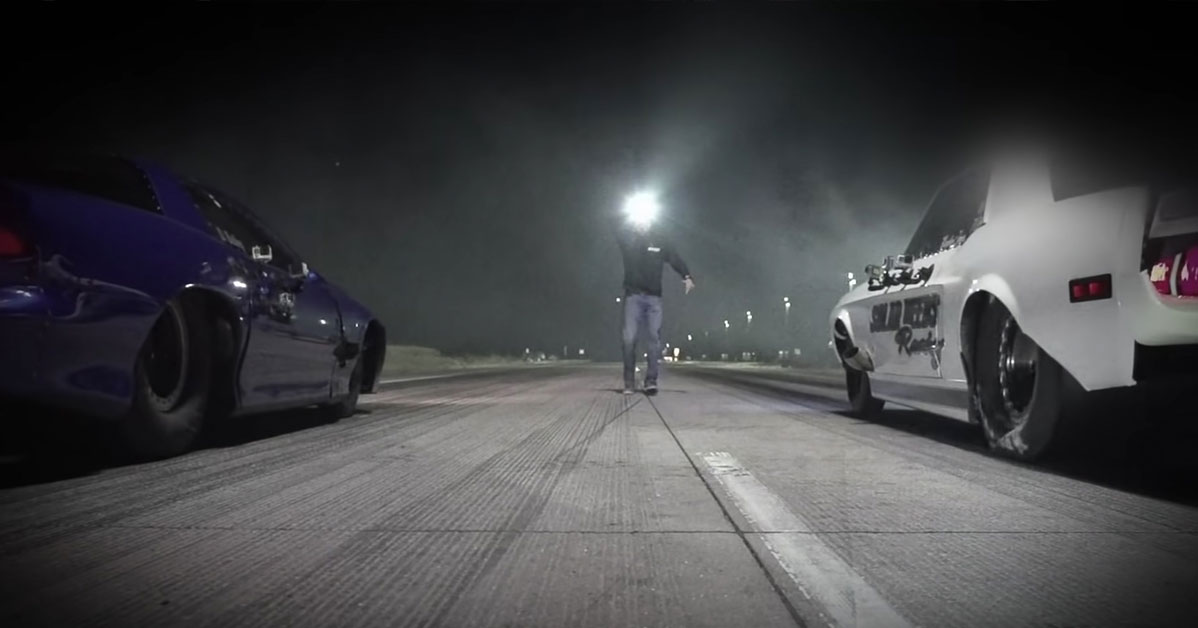 What is drag racing without a little bit of drama?

Naturally, when it comes to racing in the streets, there is always a little bit of something to talk about. Fortunately for the racers who were involved in Street Outlaws: Mega Cash Days, they would have Boosted GT as a race master. Boosted is widely regarded in the drag racing community as a fair and experienced race master who can help guide a race in the right direction because races like these have a way of jumping off of the rails sometimes.

With $100,000 on the line, every single competitor is going to try and do whatever they can in order to gain the upper hand. When it comes to reacting to the flashlight start, this might even mean jumping the light just a little bit to try and get off of the line at the exact precise time.

This time, we check in with a situation that has California going up against Memphis and it seems as if both drivers left a little bit early. After running the race, the Ford Mustang in the right lane piloted by Brandon James ended up outrunning the Chevrolet Camaro in the left lane piloted by Dennis Bailey.

When looking back at the replay, though, we soon find that both drivers were a little bit trigger-happy on the light and ended up jumping off the line before they should have.

As the drivers made their way back to the starting line, the footage was reviewed, and eventually, Boosted GT would come to a final verdict. At the end of the day, sometimes, the race master just has to make a call with what he thinks is right. In this particular scenario, though, fortunately, it doesn’t look like that final verdict resulted in too much controversy or disagreement.