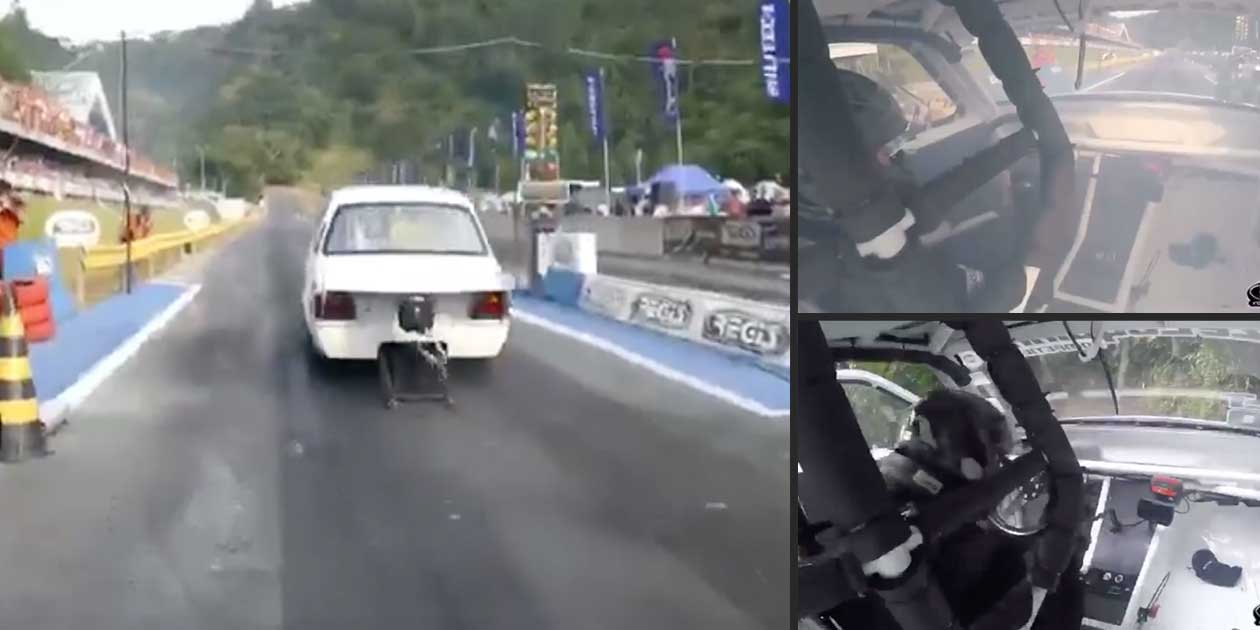 In the midst of a drag race, we never truly know what the outcome is going to be. The vast majority of the time, everything is going to go just fine. Other times, it simply doesn’t. There’s definitely a spectrum to be had here. Not every pass is a catastrophe or a world-record-setting run. However, when things sway toward one end or the other, it can be a true adrenaline rush.

This time, we watch a race that sways dangerously close to the negative end of that spectrum. If there’s one thing that no racer is going to want to have to deal with, it’s losing their brakes. While moving at a high rate of speed, one can really become familiar with just how important stopping power really is. It doesn’t exactly take an engineer to figure out how no brakes could spell out an incredibly dangerous situation here.

This time, though, we find just that situation. Luckily, the driver was able to react in such a way as to not just make an amazing video. He would also to make an incredible safe. This is where many are probably going to find themselves asking how someone can make a save from losing their brakes. The only viable option is to hit the sandpit at the end of the track, right?

As it turns out, on this ride, the track in question doesn’t appear to have much of a sandpit. If it did, the driver surely didn’t hit it. Instead, it looks like there’s some sort of trail at the end of the race track. After the brakes end up fading from this race car, the only thing the driver could do would be to throw it down the trail. This would mean making a turn at a high rate of speed. This situation ends up being one that needs to be seen to be believed. There are so many different ways that this could have gone wrong. However, given the circumstances, it ended up going so right.