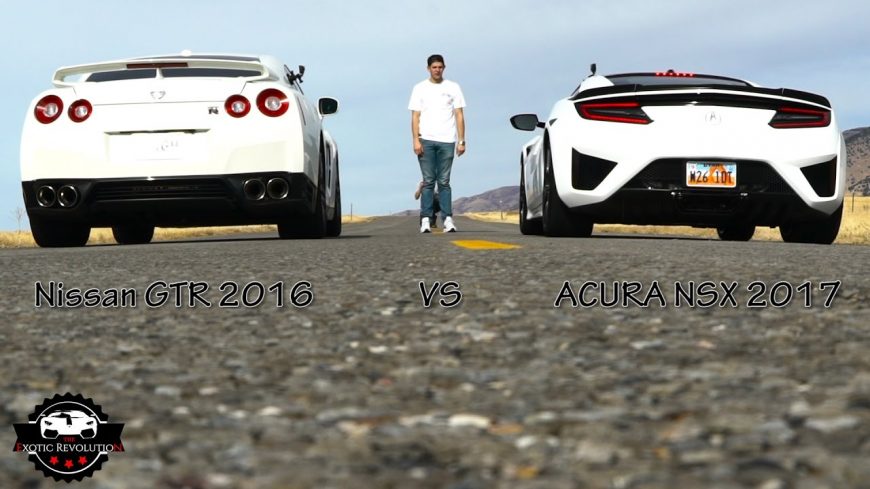 Sometimes, numbers can tend to ruin good things. Even though my personal interests tend to live in the world of muscle cars, even the most stubborn v8 enthusiasts can see that the Acura NSX as a car that is a piece of art and should have never been discontinued. We would have to believe that the only reason that it wasn’t kept around was due to sales figures that just didn’t make sense for continuing production.

However, to the delight of many enthusiasts, the 2017 rebirth of the nameplate became a big deal as the NSX would be rekindled to spit fire in the streets, draw crowds at car shows, and carve canyons once again.

This time, the car is back and in proper fashion as it goes up against one of the nastiest machines to roll out of any factory anywhere in the world, a benchmark of sorts to show you what your car can do. We are talking of course of the Nissan GT-R.

Ride along with this race that takes a 2017 Acura NSX and puts it against a 2016 Nissan GT-R. How will the NSX fair against one of the best there is? Check out the video below to see how the story unfolds for yourself.