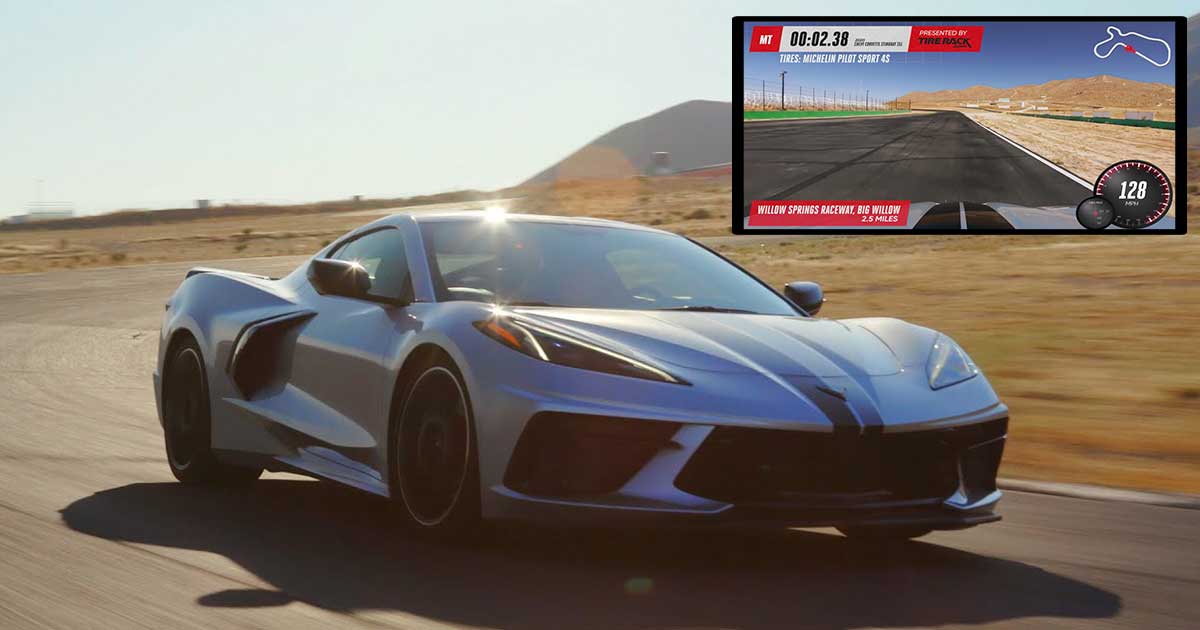 One feature that is commonly overlooked on sports cars is arguably one of the most important. We’re talking about the tires in this particular case. Even though we find that some pay close attention to what kind of rubber is on their vehicle, lots of buyers who purchase a car will just ride with whatever tires are on there as long as they match and have tread. However, manufacturers like Chevrolet tend to point out that they put in the effort to wrap the wheels on something like the C8 Corvette in Michelin Pilot Sport tires, in this case, the 4s.

As far as which particular tire is the best, there are a wide variety of arguments to be made. It seems as if everybody has their very own personal opinion on what exactly is the best choice depending on the job at hand. This time, though, we aren’t going to necessarily argue over which brand is best. Instead, we get the chance to take a look at what the Pilot Sport tires that come on a Corvette look like against a bargain tire. The idea is to kind of see if the juice is worth the squeeze when it comes to this higher-end, more expensive brand-name tires.

In order to make that comparison, MotorTrend pro driver, Randy Pobst, it is the one getting behind the wheel of a 2020 Chevrolet Corvette Stingray Z51. To start things off, he explains to us exactly what it is about the Z51 that makes it the premier Corvette to own at the moment. With the robust suspension end components beneath the car to really make it get around a track quickly, this machine certainly isn’t anything to mess with.

From there, we check in with the car as it makes its way around the track to an impressive time. Afterward, though, things really begin to get fun as the tires are swapped out for something a little bit less expensive. How much of a difference will it make when bargain tires are thrown around the race track at 140 mph? The video below gives us the front row seat to exactly that phenomenon.

« Twin Turbo Audi R8 Tears its Way Into the Record Book – First in the 7s!