Brave Motorcyclist Flies Off Cliff and Lives To Tell About It 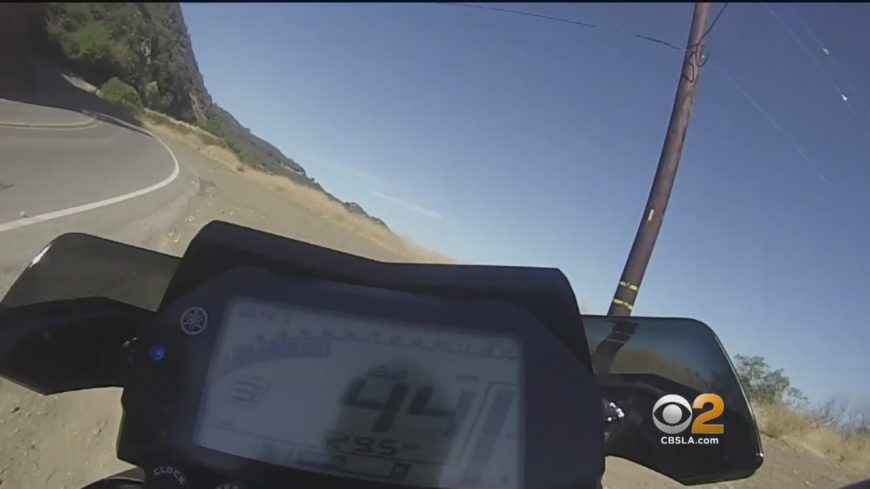 Motorcyclist Matthew Murray took a heck of a ride on his motorcycle, and he’s very lucky to still be here to tell the tale. Matthew was hitting the twisties in the Santa Monica mountains when he took a curve that nearly took his life. Murray says the curve wasn’t even that sharp, but thinks something in his bike’s steering may have locked up, preventing him from making it safely through the sweeping left.

Instead, he and his bike caught the gravel in a pull off and he was left with no other choice but to hang on for dear life. You can see in the video from Murray’s onboard GoPro that the bike sails through the air like a scene from a movie before plowing into the brush below. While he had a host of injuries, Matthew decided laying down there and waiting for help was likely going to lead to his demise, so he forced himself to climb the 250 feet back up to the roadway. That climb would have been tough for a healthy individual, so Matthre making it after this jarring crash is a true testament to his spirit.

Murray is facing a months-long recovery and says he is done riding, a decision we can certainly understand. Matthew had several years of experience and was still unable to correct from the unexpected loss of control, proving that all of the experience in the world doesn’t make you invincible, not does it prepare you for every possible outcome. Be safe out there, bikers. And for those of you in cars, be sure to double check your mirrors before changing lanes and look closely when entering or crossing another road. Bikes are smaller and easier to miss, and if things go wrong, they have far less in the way of safety equipment. It would be a better day for everybody if you always remember to watch out for our friends on bikes.