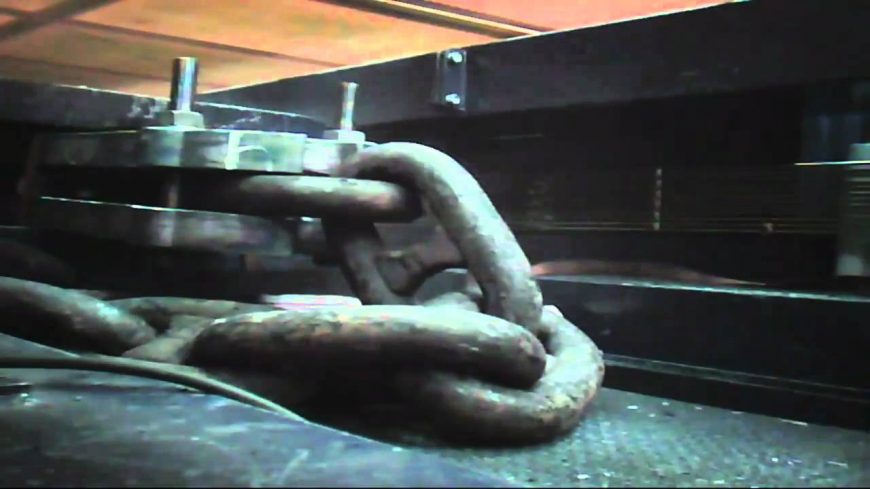 While this is likely the shortest video we’ve ever shared, it’s more than long enough to get the point across: when a 90mm chain breaks, it sounds like the end of the world!

This chain will be used on some of the largest vessels on the ocean to keep their anchor attached, so it has to be insanely strong, as you don’t want your container ship or aircraft carrier drifting around unexpectedly. To find out just how much tension it can withstand, the chain is clamped inside a test chamber, where tons of force are applied in opposite directions until the chain breaks. If a chain is only as strong as it’s weakest link, then this one is strong enough to hoist 778 metric tons. The video incorrectly uses the abbreviation “Mt” which denotes megatons, which are used to measure the energy released by nuclear detonations, which wouldn’t apply to a measure of strength such as this one, so we are assuming they meant metric tons.

With the heaviest anchors weighing in at “just” 75 tons or so, there should be no problem with this chain doing the job, keeping even the largest of ships firmly anchored in place no matter what!