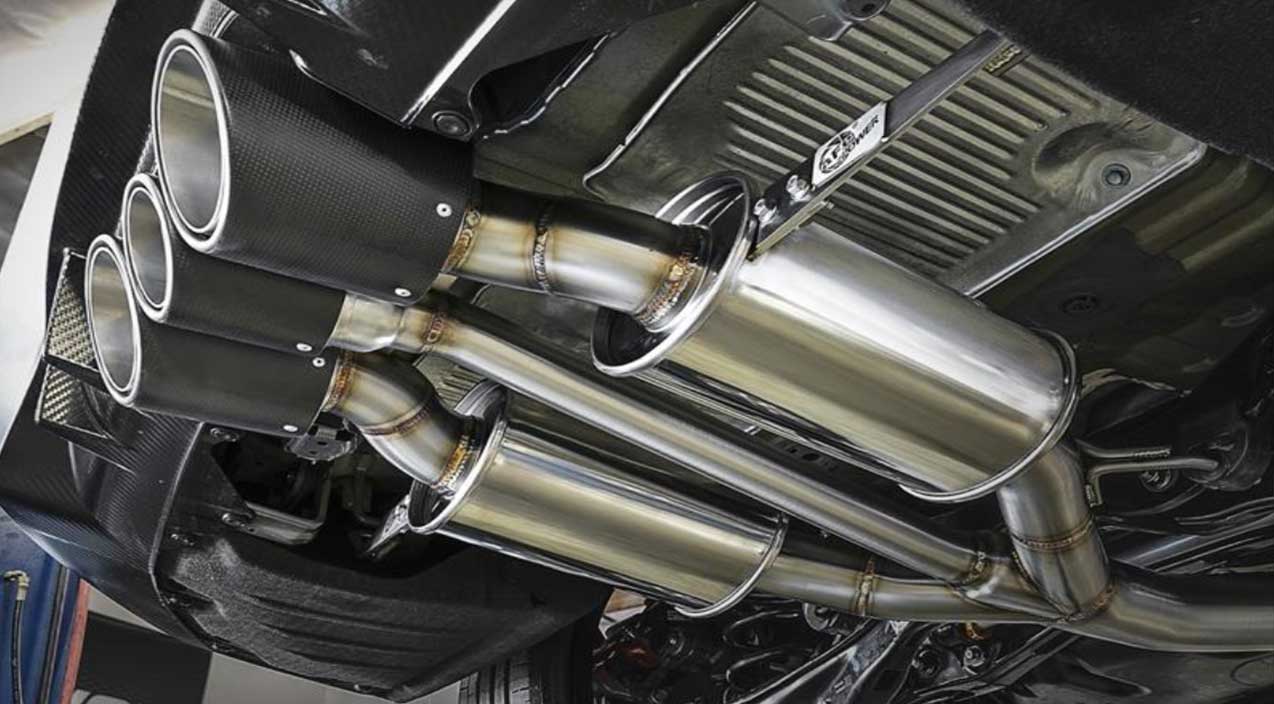 You’ve likely seen or heard rumors about California’s recently-changed law regarding modified exhaust, and we’ve found video proof to verify that the law has, in fact, been changed. You’re going to want to pay close attention to this because as a group, this will likely affect most everybody reading this.

As of this writing, if you’re pulled over and cited for a modified exhaust that is too loud, it is an automatic $1000 fine and is no longer written as a “fix it” ticket. Previously, the citation was issued as “correctable”, or more commonly referred to as a “fix-it ticket”, meaning the offending party could have the exhaust modified to meet the 95-decibel limit. Upon having the exhaust brought within the legal threshold, the fine would then have been waived.

That is no longer the case. California Assembly Bill AB 1824 changed the wording of the exhaust law specifically as follows:

“(4) Existing law provides that whenever any person is arrested for certain offenses, including, among other things, an infraction involving vehicle equipment, the arresting officer is required to permit the arrested person to execute a notice, prepared by the officer in triplicate, containing a promise to correct the violation and to deliver proof of correction to the issuing agency, unless the arresting officer finds that a disqualifying condition exists.

Existing law requires every motor vehicle subject to registration to be equipped with an adequate muffler in constant operation and properly maintained to prevent any excessive or unusual noise and prohibits a muffler or exhaust system from being equipped with a cutout, bypass, or similar device. Existing law further prohibits the modification of an exhaust system of a motor vehicle in a manner that will amplify or increase the noise emitted by the motor of the vehicle so that the vehicle exceeds existing noise limits.

This bill would include, among those conditions that are disqualifying, a violation of the above-described requirements related to mufflers and exhaust systems.”

That last line is the important one. To put it into plain English, if you look at the last line of the first paragraph, it says a motorist can make the necessary changes to bring their vehicle within the law “unless the arresting officer finds that a disqualifying condition exists”. The last line of the bill declares offenses related to modified exhaust are automatically considered “disqualifying”. Buttoning this all up as succinctly as possible: if your exhaust is found to be modified, you will be fined $1000. Period.

There is a petition being shared on social media intended to try to persuade lawmakers to reconsider this change, but there is no guarantee that will help. Being diehard enthusiasts ourselves who, like most of you, change the exhaust before we take a new car home for the first time, we agree with the consensus that this change is a huge blow the automotive community and the self-expression we’ve all come to show through our personal taste in modifying our cars. We’ve all signed the petition and urge you to do so as well, and we hope there is enough outcry from the gearhead nation that lawmakers are forced to reconsider this change to the law.

This is from IG user: N1S_MoE! This new California law against exhaust systems is REAL YALL!!! There is a $1000 fine for this and looks like you automatically get state reffd. We no longer are looked at as car enthusiasts, we are all automatically looked at as criminals thanks to all the idiots who did sideshows! Sign the petition to fight this ridiculous new law. https://www.change.org/p/jay-obernolte-nullify-fines-for-loud-mufflers-ab-1824-in-california

Posted by Stickchicks on Saturday, January 5, 2019

« Porsche Designed Superyacht Will Make You Want to Move in ASAP