When the credits rolled on the first Fast and Furious movie, we’re not sure how ...

When the credits rolled on the first Fast and Furious movie, we’re not sure how many people thought that would be a blockbuster. However, as time would tell the tale, it would be the beginning of one of the biggest movie franchises ever. Personally, I remember watching it in amazement at a young age. Many, like myself, would watch this movie over and over again as it became a staple of car culture. I’m pretty sure that lots of us were kind of wondering if a sequel would ever come out.

Lo and behold, two years later, we would have the second film. The film, 2 Fast 2 Furious, would show Paul Walker’s character, Brian O’Conner, essentially going rogue after having his cover blown as an undercover cop in the first film. Lots of characters were new but this would be the first step that the franchise would take to becoming the home of crazy stunts that it is today.

As Walker was accompanied by Tyrese Gibson in chasing down drug lord, Carter Verone (Cole Hauser), naturally, there would be a couple of cars that would become the main characters in the movie. Mitsubishi had strong product placement in the Mitsubishi Evo and Mitsubishi Eclipse that dominated screen time. However, we think the cars that really stole the show were a couple of pieces of American muscle.

The movie would climax with Walker and Gibson jumping the Chevrolet Camaro onto the back of a yacht. As far as endings go, we think they pretty much knocked it out of the park here. However, it might’ve left some wondering how exactly they managed to pull off such a stunt.

This time, we find out just that. For Fast and Furious nuts, Craig Lieberman, the technical advisor to the Fast and the Furious, has been spilling the beans on pretty much all the stories of the cars on his YouTube channel. This time, it’s time to talk about the American muscle from the second movie. Furthermore, we get some pretty keen insight on how that massive undertaking of a stunt all came together. 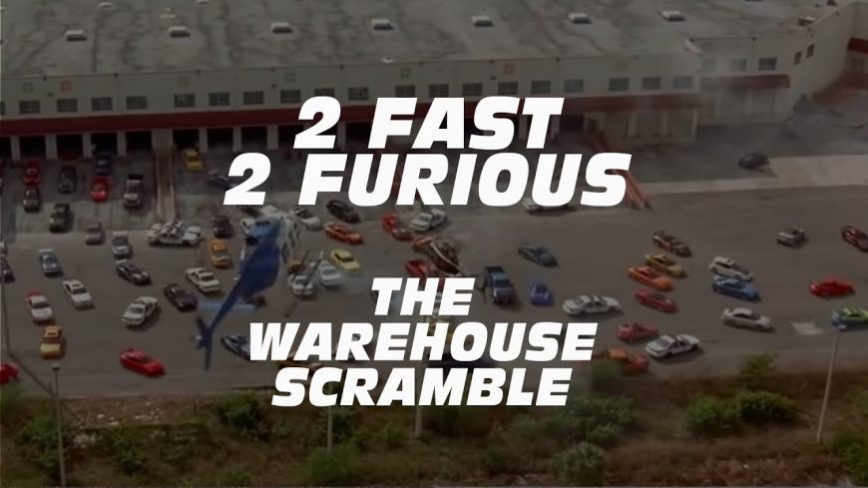