Breaking Down The Rise And Fall of NASCAR 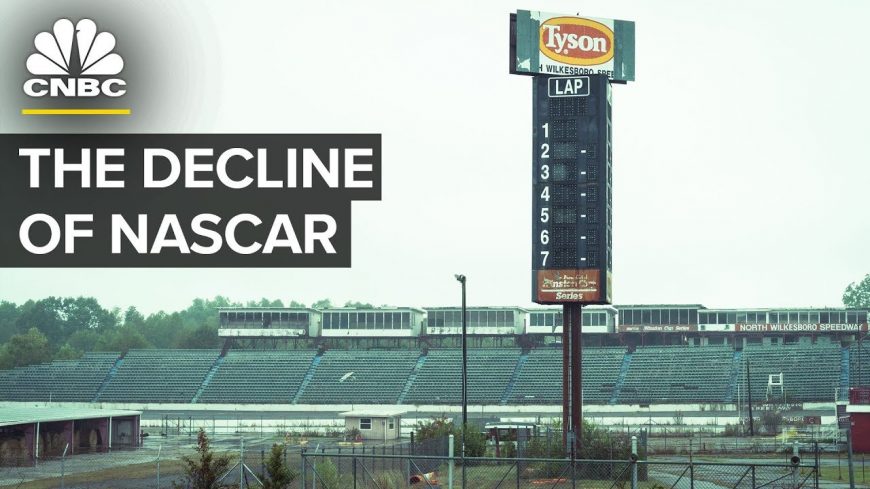 It’s no secret that NASCAR has been struggling to find it’s footing after more than a decade of declining viewership and ticket sales at its races. If you look closely at any broadcast, it’s not hard at all to see that the stands are nowhere near capacity, an alarming trend made worse by the fact that many NASCAR facilities have removed grandstands.

The brand and the sport itself has been declining since 2005 after building super speedways in Vegas and Southern California in the 90’s while simultaneously moving away from a few of its original venues, moves that many believe alienated the sport’s core audience in the southeast. While the new markets did put the sport in front of fresh new eyes, those fans have proven to be more casual than hoped, compared to the rabid fans the sport attracted in the southeast, where NASCAR is quite literally a way of life for many.

The sport is also fighting the same battle as every other professional sport in losing much of its audience to cord-cutting. With several legitimate options out there replacing cable and satellite, sports events and networks are losing a lot of potential viewers due to audiences opting to watch only what they want to pay for, often opting to leave live sports on the sidelines.

However, NASCAR executives are hopeful that all is not gloom and doom. Despite losing close to half of its audience in the past decade and a half, the overall value of the TV contracts has grown considerably, so those agreements pump a ton of money into the sport and have helped NASCAR continue to move forward into the digital era. Audiences are fans of NASCAR’s digital content service and have seen over 50% growth in that arena. They’ve also begun building a massive fantasy sports league that should push participants to watch the races as they unfold to keep track of their drivers.