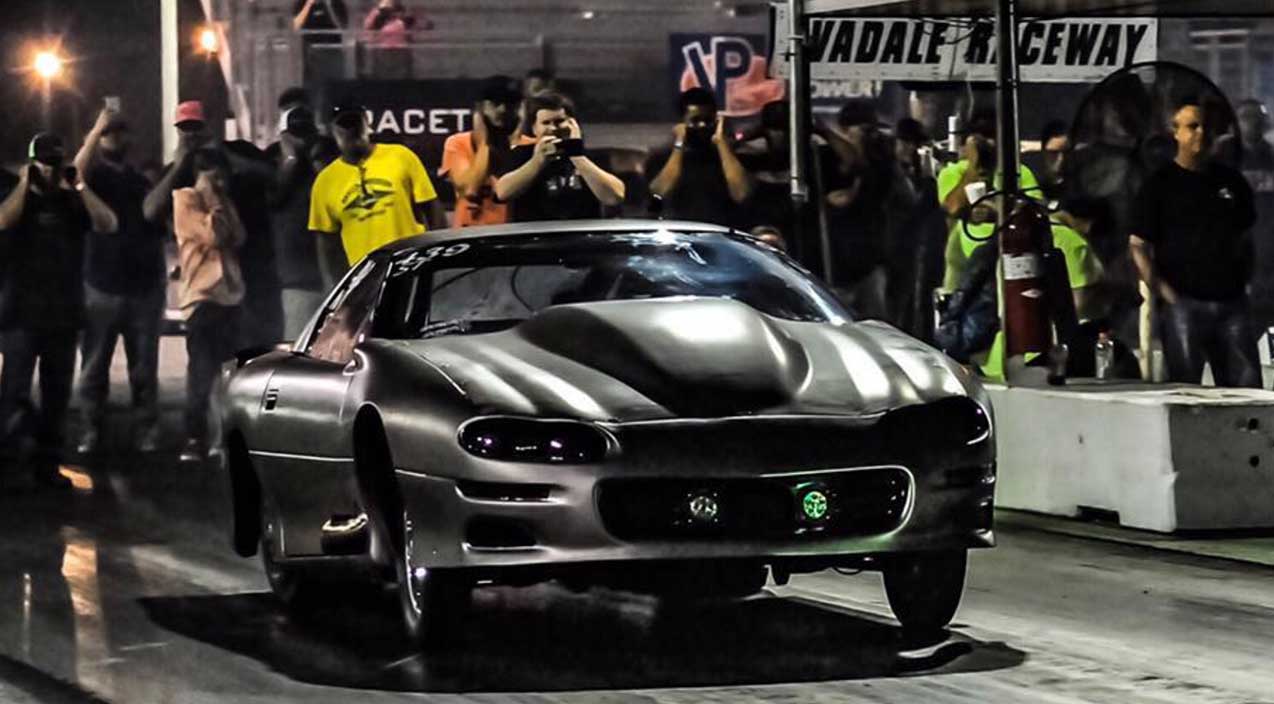 Brent Self is no stranger to the racing world, but his new car just might have a lot more people familiar with his name in very short order. As a life-long F Body fan, I love Self’s 4th Gen Camaro, especially since he decided to put small tires under it.

Self’s Camaro is powered by a ProCharged combo, though I haven’t heard yet if it’s a big block or small block bolted to the back of the ProCharger. It doesn’t really matter at this point, to be honest, because you can see in this video from National No Prep, the car is basically drama free, certainly looks to be hauling the mail. The car doesn’t really do much of anything other than hook and book, which should bode well for Brent and very bad for the other small tire competitors.

Both passes, the car just squats, planting the small rear tires and doesn’t even pick up the front wheels. This makes for slow-motion clips that are borderline boring, not because the footage isn’t good, but because the car is just so drama-free. Wheelstands and weaving down the track may not be ideal from a performance standpoint, but they’re a heck of a lot more fun to watch.

With each of the past few seasons bringing a growing number of no prep events, 2019 should be no different, affording Self the opportunity to hit as many races as he wants. It’s a great time to be a no prep fan, as long as you steer clear of the Facebook groups, where there’s more bickering than anything.

Be on the lookout for Brent and his Camaro to be mixing it up with the biggest names in no prep small tire racing, including fan favorite Chris “BoostedGT” Hamilton. I can already see the rivalry between these two is huge: Ford vs Chevy, Mustang vs Camaro, Turbo vs Supercharger. Talk about giving the fans reasons to pick sides! Two thousand nineteen should be a great year for all!

Brent Self Procharged Camaro at XRP

Posted by National No Prep Racing Association on Thursday, November 8, 2018

« Paralyzed Veteran Surprised With Indy Car Experience And Much More