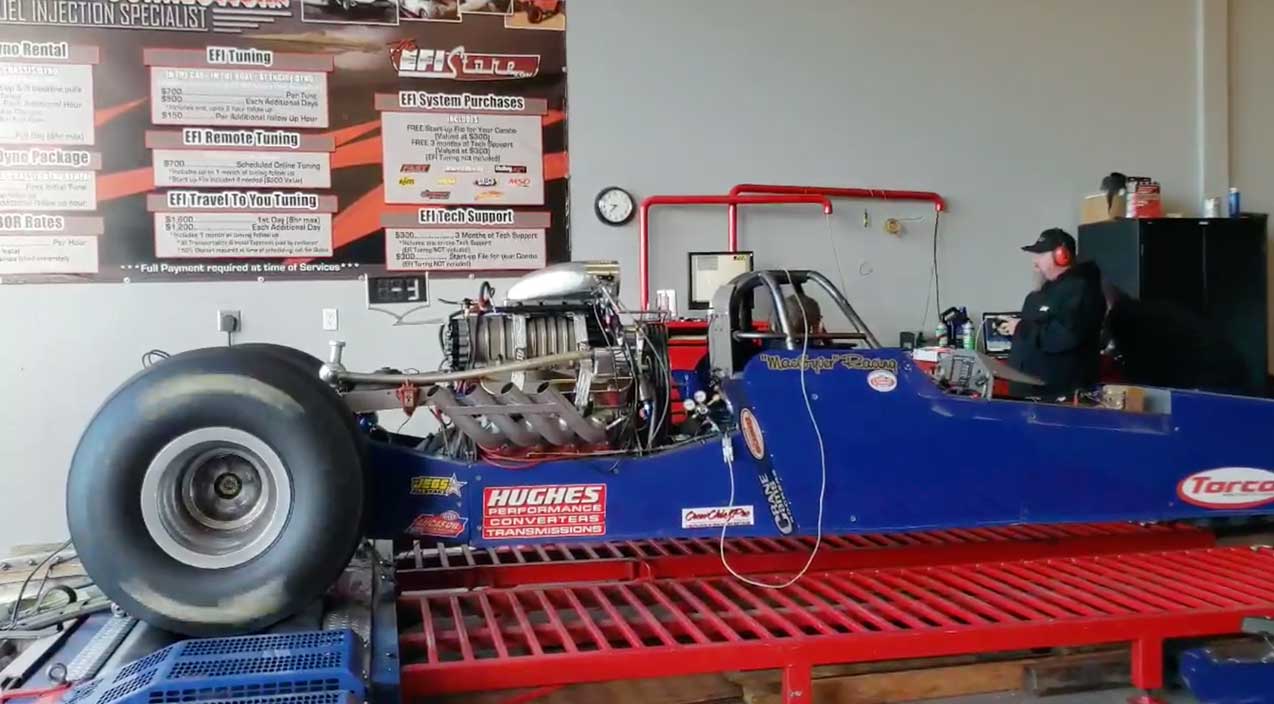 Top Dragster is a class I personally would love to race in, and cars like this one on the EFI Store dyno are a big part of the reason why. Just watch this thing crank out all the torque on the dyno and listen to that roar.

I know most of you out there despise bracket racing, and as spectators and fans of heads-up racing, I can relate completely. Top Dragster and Top Sportsman are quite literally fast bracket classes. Yes, you do have to run quick enough to qualify for the 16, or in some cases, 32 car fields, but when the racing begins, it’s all about who can have the best reaction time and run closest to their dial in.

While getting on the brakes before the finish line goes against everything most of us are taught about drag racing, when you look at it more like a high speed game of chess, it starts to make a little more sense why so many people who bracket race swear it’s the hardest form of racing to win at as a driver. This car, for example, would likely cover the quarter mile in the low to mid 6-second range at well over 200 MPH. In that time, the driver has to not only listen and “feel” how he thinks his car is running (you can feel the tires spin off the line, for example, even if it’s only a small amount), but he has to look over at the car in the other lane and see if he’s going to get to the finish line ahead of him or behind him.

In bracket racing, even at 200+ MPH, there is a strategy at play for either situation. You ultimately want to get to the stripe first, but by the smallest margin possible, and that means letting out of the gas or even getting on the brakes a bit to “tighten it up” as close as you can to the other car. If you think you’re going to break out, or run quicker than your dial-in, then you want to get on the brakes hard enough to slow your elapsed time back to the good side of your dial, even if it means letting the other car get to the stripe first, and you just have to hope he breaks out and you don’t, or you break out by less, if you both go under your dial in.

This is why bracket racing is so competitive, and there are so many drivers that do it. It’s not a spectator sport though, and I get that, but if you ever try it, it’s very addictive for sure!