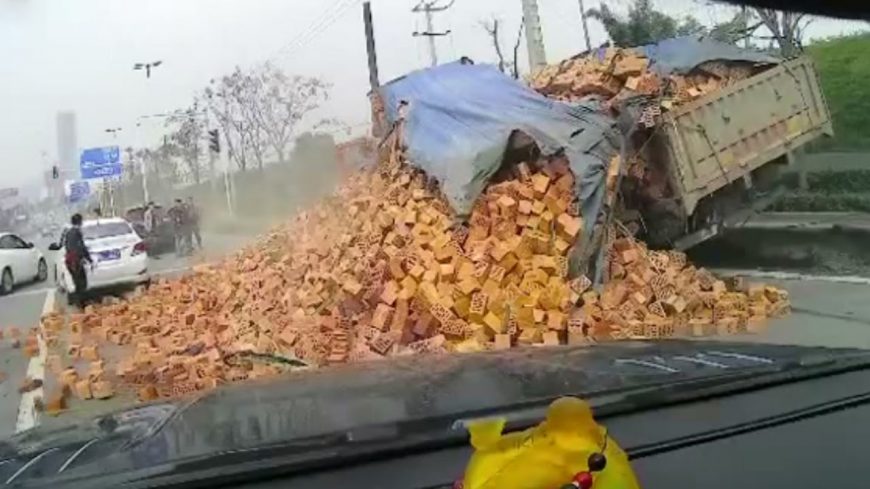 When you’re out and about on the roadways, just about anything can happen. Now, for most folks, getting into a fender bender would be their case of an extreme day that got out of hand but for this driver, a fender bender would have been a dream sequence compared what they had to go through.

In this one, we watch what happens when a couple of cars moved over at the last minute, in front of the truck, and it really doesn’t look like this moving mass had any chance of stopping at all and therefore, well, it doesn’t end up stopping until it’s way too late!

Instead of plowing right through the cars that moved in front of it, the driver of the big truck opts to veer off to the side, but it’s at this point that he runs into a pole, disabling the truck and causing it to flip over on its side which in turn causes all the bricks on board to simply spill out on to one car! Check out the video below that shows the situation that the people in the car, crushed under a massive load of bricks, somehow walked away from! These folks are lucky to have survived the incident but they’re still probably wishing that the load onboard was something more similar to feathers!