Sometimes, we have our days were things just simply go wrong. Even for the rich and ...

Sometimes, we have our days were things just simply go wrong. Even for the rich and famous, these types of days might be unavoidable. In this one, we catch up with a situation when iconic drummer, Tommy Lee, of Motley Crue found himself in the midst of one of those days. Perhaps, his buddy had an even worse day. However, it does look like, with the help of Count’s Kustoms, that everything is on its way to being better. Sometimes, we just hit rough patches in life and need to pick ourselves up and try to push toward some better times.

As it turns out, as a result of the situation, both Tommy Lee’s bike and his buddy both ended up in a mangled mess. When Lee’s buddy was out riding a custom chopper built for Lee by the count, he would find himself in a situation that he simply had no control over. While sitting at a red light and minding his own business, before he knew it, the bike would be met with a vehicle that simply didn’t stop. When the car plowed into the back of the bike, the car would end up on top of the motorcycle. The man riding the motorcycle didn’t get away unscathed but instead had to be treated for back injuries. The prognosis looks positive, though. Meanwhile, the bike seemed to need a top to bottom overhaul if not a complete rebuild.

By following along below, we see what exactly came of it all when Count got his hands on the bike. It’s interesting to watch how he analyzes the damage, using his insight to figure out how to proceed next. Would this be one that he could simply sprinkle his magic over and turn into a quick fix? All signs point to no. However, the Count definitely seems to have some magic powers when it comes to any sort of custom work. If there’s anyone who could rehab a bike this mangled, it would be him. 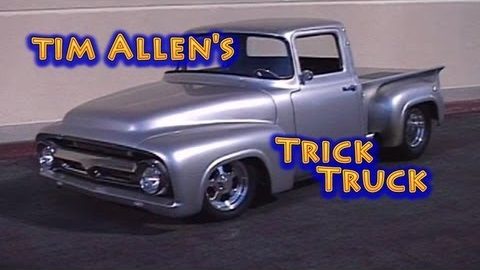