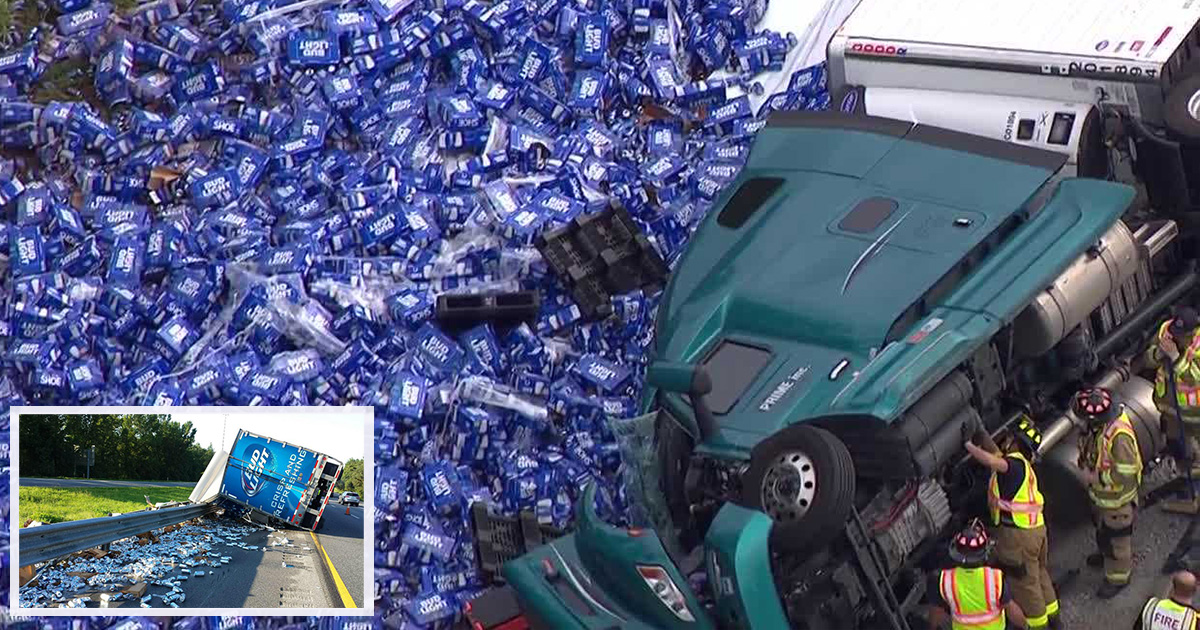 Memes floating around social media this week show a Bud Light truck overturned in Louisville, KY, spilling hundreds of cases of beer that most certainly contained thousands of cans. Such a tragedy is one that Bud Light fans don’t think of fondly unless they’re in the area to help out with the clean-up, that is. To some, stumbling upon a truck filled with cash on the side of the highway like in this situation might be the jackpot but for others, finding a truck filled with beer that has been left for the taking might just come in a close second.

While such a situation is a catalyst for lots of joking around, a little bit of poking around on the web turned up the fact that this isn’t an isolated incident. We would think that it’s probably a once-in-a-lifetime scene where a truck filled with Bud Light rolls over and leaves cans scattered around the side of the highway. That isn’t the case at all, though. Instead, there have been a variety of times where a truck filled with Bud Light beer has been flipped over and had cans scattered all around the heavy hauler.

In fact, we found three separate situations that all look relatively the same but are spread out in different areas of the country showcasing those bright blue beer cans all along the side of the highway.

In these three videos, we tune in with three separate instances that all have a pretty similar vibe to them. Is there something about Bud Light that makes it more likely to end up in a semi truck rollover incident or are these just three separate but equal coincidences? If you rolled up on one of these situations, would you grab a couple of cans for the fridge?

« Daughter of Fallen Officer Has First Day of Kindergarten, Her Father’s Coworkers Made Sure She Wasn’t Alone