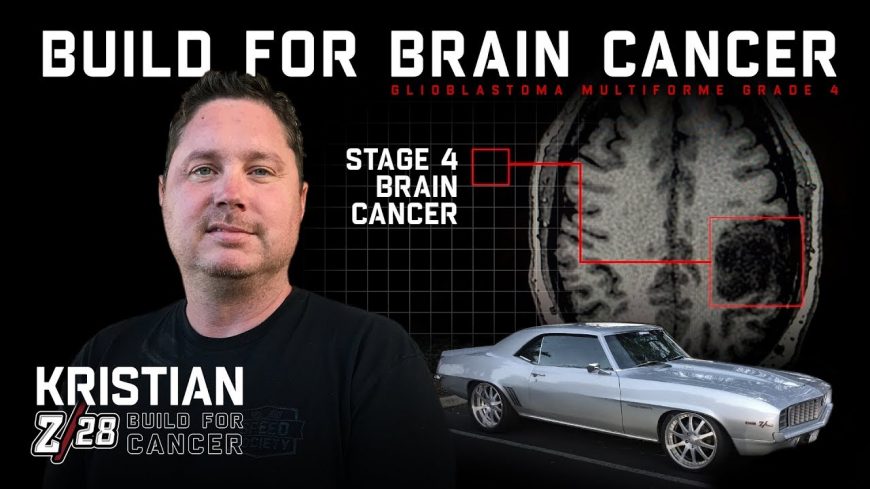 Every once in a while, you run into someone that becomes family. As a massive supporter of Speed Society, eventually, Kristian Nyberg became so familiar with everyone that he became one of our own. At the end of 2018, Kristian would run into a situation that would give rise to concern. At the PRI event with the Speed Society crew, he would complain of a shoulder issue. Shortly after, he would jump on a plane back to San Diego to see a doctor. It would turn out with that he had been diagnosed with stage-4 brain cancer. The diagnosis would come along with the information that this form of cancer is inoperable.

Because Kristian has become part of the family here at Speed Society, we wanted to help. Now, obviously, we wish that we could have the magic potion to sprinkle over him and kick this cancer right in the ass. Unfortunately, reality wouldn’t allow us to have that power, though.

The least that we could do, though, would be to help our buddy out with finishing up his car. Therefore, the Speed Society crew had decided to hijack his 1969 Chevrolet Camaro and throw some modifications at it. One of Kristian‘s biggest wishes is to not only be able to get behind the wheel himself but also for his son to be able to pilot his ’69 one day.

In the video below, Kristian tells his story about the car and what made him fall in love with it in the first place. He also gives us an idea of what he’s been going through to try and fight off this cancer. Hopefully, he ends up falling in love with all of the modification that’s lined up to make his Camaro amazing! For now, we take the first couple of baby steps toward creating Kristian his dream machine.

To Help Kristian Out Here is His Go Fund Me – https://www.gofundme.com/kristian-nyberg  Thank you for following along from all of us here at Speed Society, also keep up to date with Kristian on his Kristian_z28 Brain Page.

« Car Getting Dragged Down The Highway By Unaware Big Rig Driver