Building a Modern Day Fast and Furious Eclipse in 22 Minutes 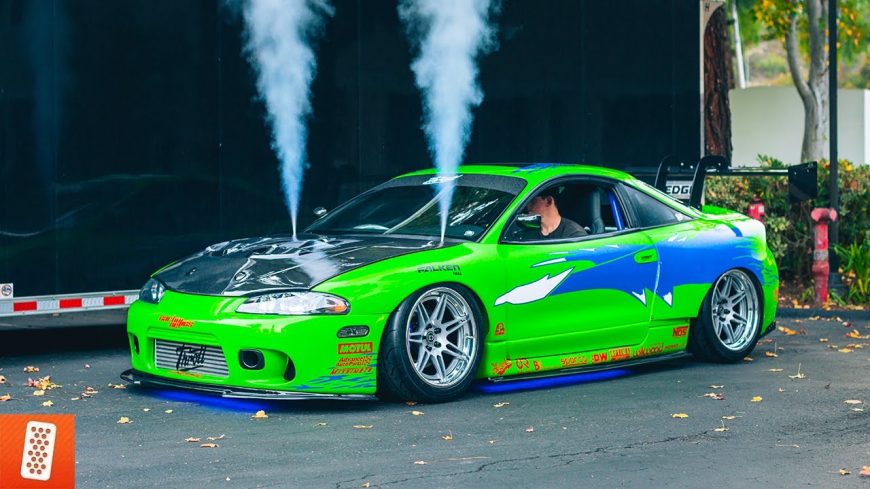 When the crew behind the original The Fast and the Furious movie were putting it together, I’m not sure that any of them ever really predicted the success that the franchise was going to end up having. All of these years later and we’re looking the 10th installment in the eyes and the crew has been all over the world and even to the depths of space in the movies.

As the love for this franchise has remained strong over the years, it turns out that the cars from the original movie are highly sought after. They are so sought after, in fact, that unless you’re bringing six figures to the table, you’re not going to have much of a chance to get any of the main character cars. In fact, one version of the orange Toyota Supra from the original film sold for $550,000 not long ago and it wasn’t even a hero car!

Because of this, we have seen a rise in the population of folks who are looking to build replica cars to emulate what we see on screen. Sure, these rides might not have been featured in the movies but they can help keep that Fast and Furious passion alive.

This time, we check in with a modern-day version of the bright green Mitsubishi Eclipse from the original film that all Fast fans know very well.

It seems as if the builders over at throtl took a couple of creative liberties with the build. At the end of the day, the end result might not be a 100% replica, probably due to the intense difficulty that it takes to source some of the parts from the original cars. However, in the video below, we get to see a 22-minute transformation of a 1998 Mitsubishi Eclipse GSX into something that very closely resembles Brian O’Conner’s Mitsubishi that has since been hurled into superstardom.