When it comes to making machines built for speed, one of the naturally inherited ...

When it comes to making machines built for speed, one of the naturally inherited aspects of such a build is usually the tendency to stand out. As a byproduct of going fast, the builds can be flashy and most of the time will probably be loud as well. However, not all forms of racing are created equal and some call for the need to be a little bit under the radar.

Naturally, with a Cannonball run that calls for a cross country time trial from New York to Los Angeles, participants aren’t going to want to stand out. In fact, most of them would probably rather blend in as much as they possibly could. In an attempt to set a record, not drawing any attention of law enforcement is probably in their best interest.

This time, we check in with the story of Arne Toman & Doug Tabbutt who decided that they wanted to set out to take back the Cannonball Run record that they previously held. In order to do it, they would have to have a comfortable and reliable car that could also make a little bit of power. In addition, they thought it would also be a good idea to make the most of that whole flying under the radar deal.

By following along with the video below, we check out the car that is said to be invisible to police. In addition to creating a car that would be perfect for the Cannonball, the machine was constructed all in a matter of just three days! We know a lot of people who couldn’t make a build like this come together even if they had three months to execute it. That alone is enough to have us impressed. The fact that they set the record is really the icing on the cake! 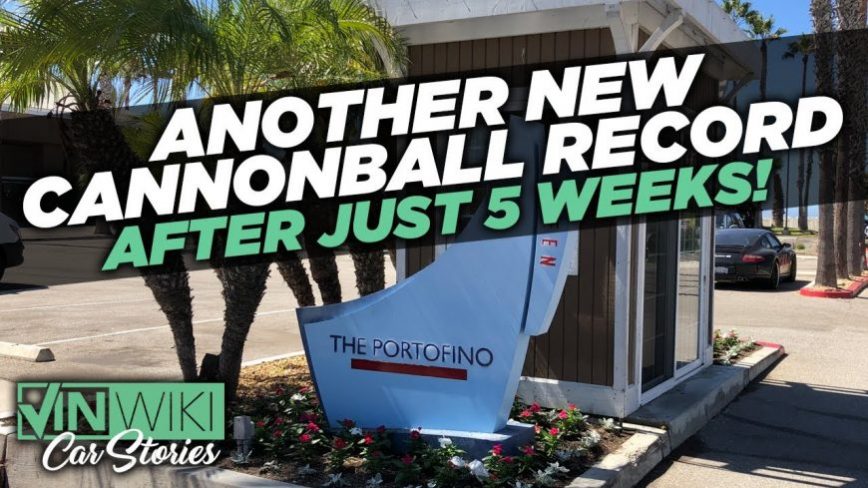