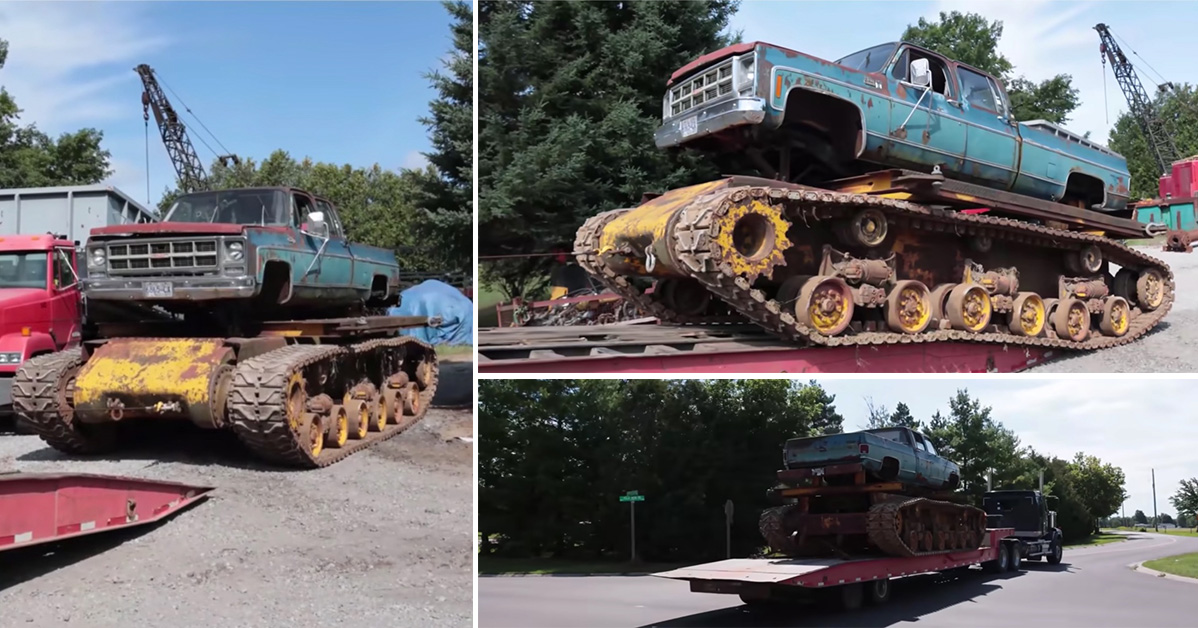 For everyone who enjoys playing with motorized toys, there are just some things that really speak to us. For example, while we all might have our different preferences in things with an engine, I don’t think that there are very many gear heads who are turning down the opportunity to play with a tank. Maybe I can’t speak for everyone but I, for one, would love the chance to drive something like this!

This time, the crew from DEBOSS GARAGE got the chance to get up close and personal with a tank of sorts that they now call their own.

As far back as the records go, this particular tank is believed to have been re-purposed military equipment that might have been used in World War II. The first known use of the vehicle was to be purpose-built to be able to haul logs off of a mountain. Since then, it moved to a farm where it was used to work in a swamp. After that job was wrapped up, though, the machine ended up being moved away from the farm and has been sitting ever since.

This time, we tune in as this retired tank gets a new life. This thing is certainly unlike most of the barn finds that we come across on YouTube as it has a very unique flavor to it. In this particular video, we get to check in with exactly what it is that makes this Chevy square body swapped tank so special along with watching the creation get fired up and moved.

By following along with the video below, we join in with an incredibly obscure situation that definitely has our full attention. Imagine being able to walk out into your yard and firing up the tank to go play in the woods.