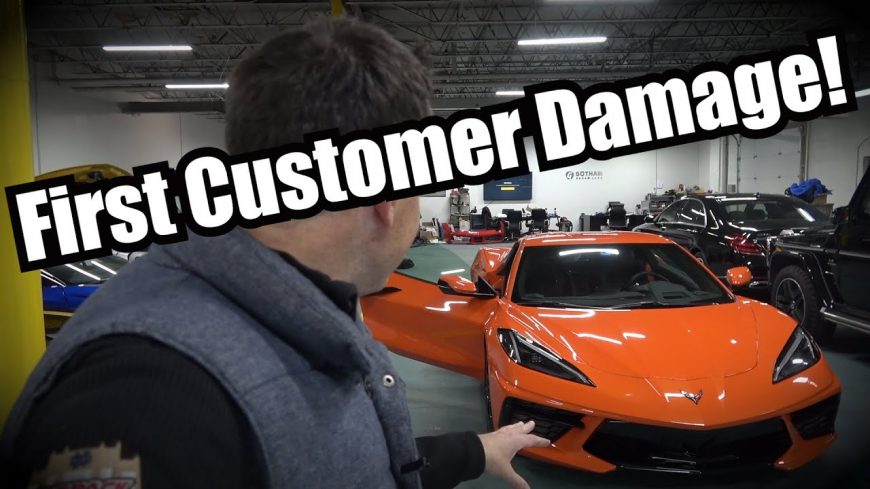 In the scheme of things, the C8 Corvette is still pretty brand new. The model is going to have to get some miles on it before anyone can really make serious claims about how great it is. Naturally, with newer cars, owners will fall into a sort of honeymoon phase. As time goes on, though, the car really has time to prove if it can stack up to expectations.

As far as the latest and greatest Corvette goes, it seems that it has been doing pretty well so far. In fact, this time, in a video about a design flaw, our host, Rob Ferretti reports about how well owners have been receiving the model. According to Rob, the vast majority of C8 owners that he’s reached out to haven’t had any issues with their car. However, there is still always room for improvement.

Rob’s particular C8 now has over 1800 miles on it and he seems to have come up with something that he thinks could be improved upon. According to Ferrett, when he drives the car with the top off and the windows up, it produces a loud sound. Many are familiar with this buffeting noise that a vehicle will make if the air doesn’t have anywhere to escape. On a car with a removable top, there will be plenty of situations where the driver will want to drive without that top on while having the windows up. Therefore, it’s probably going to be something that General Motors ends up looking into it with future iterations.

There is a sentiment that lurks around the car community that it might be a good idea to avoid the first rendition of a new model. Naturally, over time, pretty much every model is going to improve. Therefore, the logic holds that later models down the road will be better at filling these gaps.

« Why Big Chief And Shawn Went Their Separate Ways, New Season Of Street Outlaws is Coming!